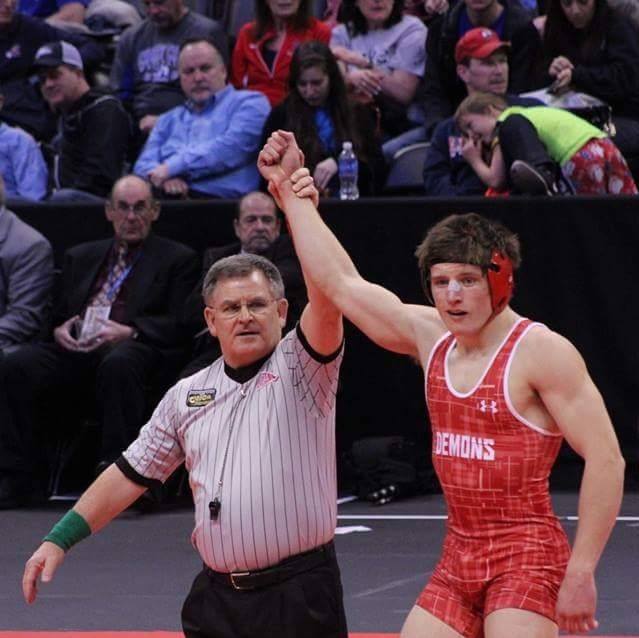 Just over a week after taking his official visit, Myles Wilson of Glenwood Springs, Colorado has announced that he has given his verbal commitment to the Iowa Hawkeyes. Ranked #17 at 170 pounds by Flowrestling, Wilson is the sixth member of the 2017 recruiting class for head coach Tom Brands.

“Wrestling for the Brands and wrestling for Iowa is a big deal,” Wilson told IAwrestle in a previous interview, “I went to camp this summer and worked out with Terry Brands and I just liked working out with him.”

Wilson will join a recruiting class that features #1 ranked Spencer Lee (Pennsylvania), #59 Max Murin (Pennsylvania), and #87 Luke Troy (California). The 2017 class has also Aaron Costello (Western Dubuque) who is the #12 heavyweight by Flo, and Zach Axmear (North English). Wilson picked Iowa over Campbell, Utah Valley, and Wyoming. He will project at 174 pounds.

Fans from Iowa may recall that earlier this summer Wilson took out Ames native Marcus Coleman at Junior Freestyle nationals.