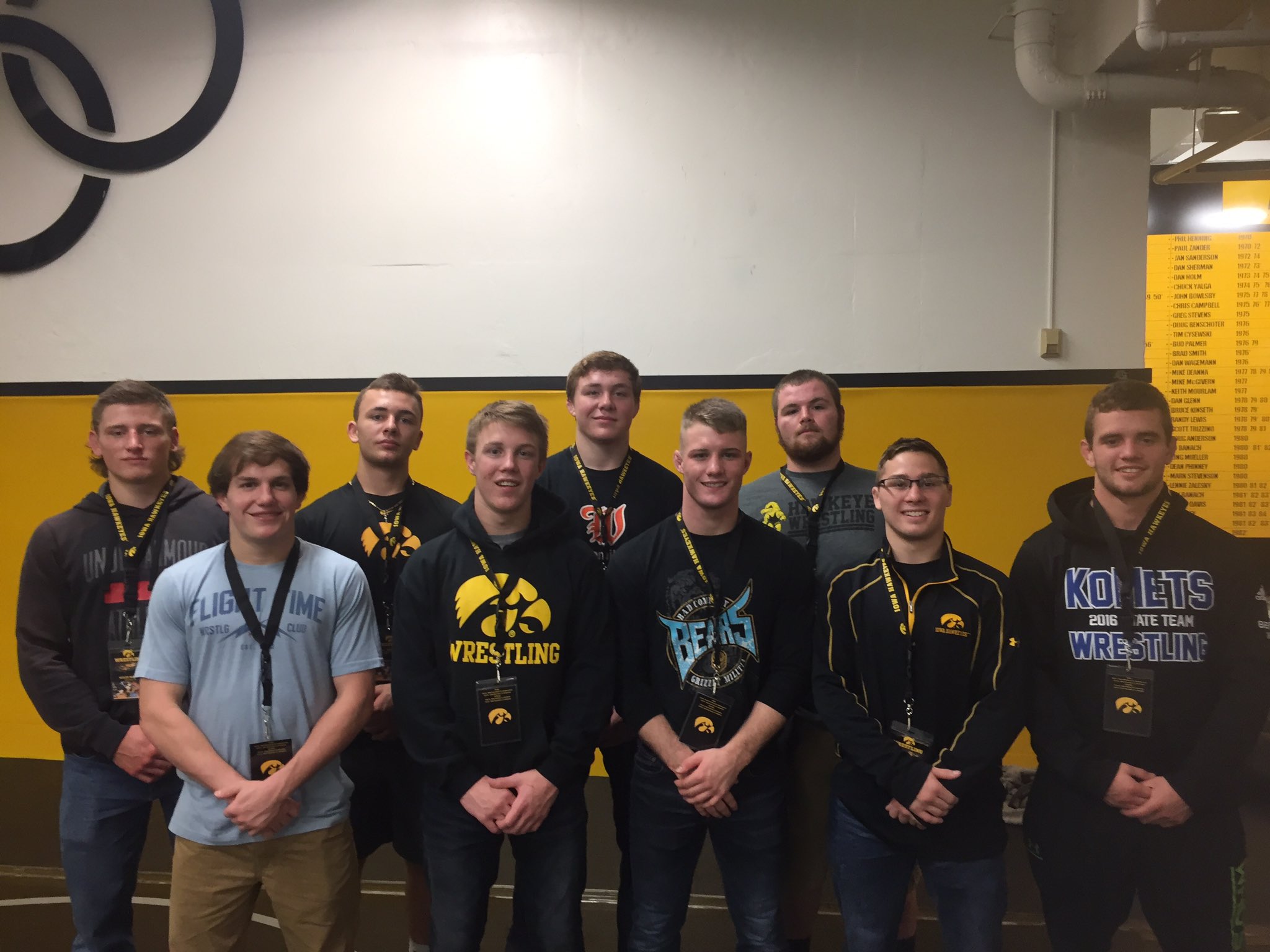 The Iowa Hawkeyes are coming off a big recruiting weekend which saw nine wrestlers take their official visit to the university – including seven wrestlers ranked at their weight classes according to Flowrestling. One of those wrestlers was Colorado’s Myles Wilson, who took the time to speak with IAwrestle about his visit.

“It was a lot of fun. We got to go to a football game and experience the life of a wrestler at Iowa,” Wilson said of his visit to Iowa, “I enjoyed it a lot. I liked how everyone was working hard. You don’t get that in my practice room here where everyone is pushing themselves like that. You also had how many fans show up? It’s more than show up to a home dual at my school.”

While on campus Wilson mentioned that the fans base was his biggest takeaway. While many recruits know Iowa’s history, seeing in person is another story.

“The fan base. You are kind of a celebrity for just wrestling there which is big,” Wilson said commenting on his eye-opening experience at Iowa, “Like I said, more fans showing up to a practice than show up to a home dual where I am from is just crazy.”

On the recruiting process Wilson said that his relationship with Iowa began this summer when he met Terry Brands at a wrestling camp. The events that led to him taking his visit were a no brainer.

“Wrestling for the Brands and wrestling for Iowa is a big deal,” Wilson said on what attracted him to Iowa in the first place, “I went to camp this summer and worked out with Terry Brands and I just liked working out with him. Then he just asked if I would like to take a visit (to Iowa City).”

Wilson has visited Utah Valley and Campbell. He will take his official visit to Wyoming this weekend.