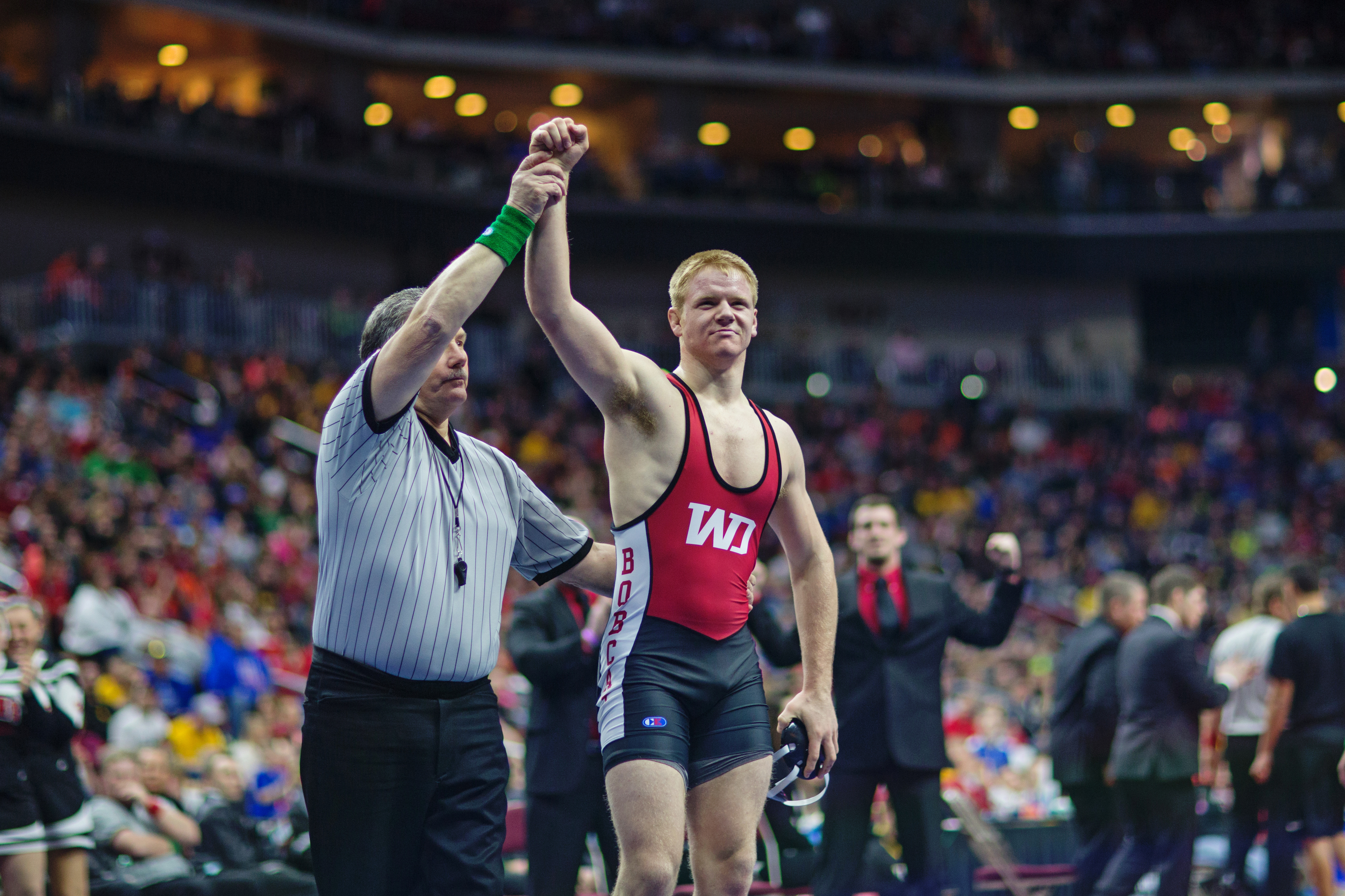 Western Dubuque prep Max Lyon has given his verbal commitment to wrestle for Purdue University. Lyon was a state champion this past February for the Bobcats earning his championship by winning three of his matches by fall at Wells Fargo Arena, and his other victory was a technical fall. Lyon is a three -time state medalist for Western Dubuque.

In addition to winning his first state title, Lyon put up big results this summer starting with his runner-up performance at 182 pounds at USA Wrestling’s postseason folkstyle nationals. He then competed for Team Iowa’s Junior National Duals team where he earned victories over Jelani Embree of Michigan and Justin Thomas of California which vaulted him all the way to No. 3 in Flowrestling’s 182 pound rankings at the time. After a rough Fargo Lyon now finds himself No. 17.

Lyon will join a Purdue team that is led by head coach Tony Ersland who is a Iowa native himself hailing from Humboldt, Iowa. Lyon selected Purdue over an offer from Northern Iowa. Wrestling at 182 pounds, Lyon will project as a 184 pound wrestler for Purdue.

He told IAwrestle that “I believe in what the coaches are trying to build and it is a fantastic institution with everything I’m looking for academically.” He plans to study business at Purdue.

For any fans wanting to get a glimpse of Lyon soon they will have the opportunity next weekend, as Lyon will face the No.15 ranked AJ Pedro at the Night of Conflict.