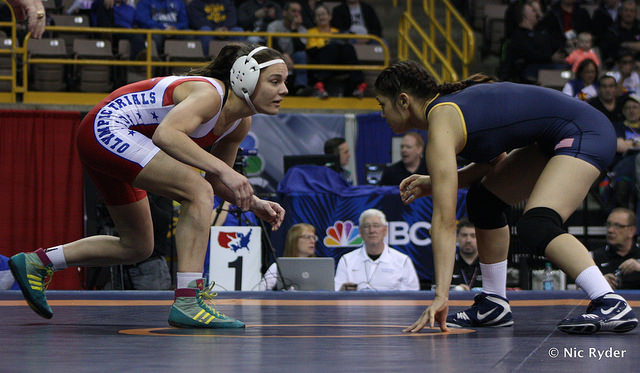 Two former Iowa high school prep wrestlers have made their way into the WCWA preseason rankings. Both Megan Black and Jasmine Bailey compete for McKendree University, which boasts the highest number of ranked individuals with 11 total wrestlers ranked. They currently sit in fourth place in the team rankings behind perennial powers King University, Oklahoma City University, and Campbellsville University.

Black, a former state qualifier for Eddyville-Balcksburg-Fremont enters her junior season for McKendree the No. 2 ranked wrestler at 123 pounds. Ahead of her is Junior World bronze medalist, Becka Leathers of Oklahoma City University. Black was the 2016 runner-up at this weight, which qualified her for the Olympic Team Trials.

Also ranked for McKendree is fellow junior Jasmine Bailey, a former Iowa City West prep. Jasmine begins the season ranked No. 8 at 136 pounds following a 18-7 sophomore season. An All-American as freshman, Bailey will look to return to the podium this season.