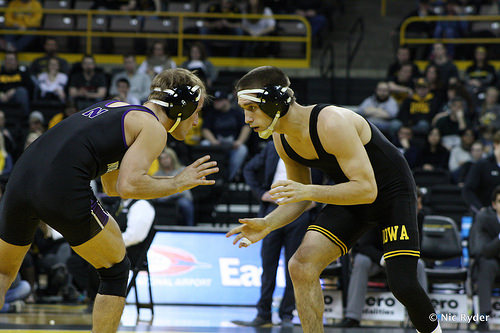 Former University of Iowa wrestler Josh Dziewa has been added to Drexel University’s coaching staff. Dziewa was a two-year starter at 141 pounds for the Hawkeyes graduating in 2015. Below is the press release from Drexel on the hire of Dziewa:

PHILADELPHIA – Drexel Wrestling Head Coach Matt Azevedo has added Josh Dziewa to his coaching staff, the athletic department announced on Friday. Dziewa will join the program as an assistant coach as the Dragons prepare for the 2016-17 season to begin.

Dziewa comes to Drexel after serving as the Director of Operations for Penn Wrestling during the 2015-16 season. His responsibilities in this role included coordinating all of Penn Wrestling’s operational needs, including travel arrangements, video scouting, camp and clinic registration, and recruiting. In addition, he also served as Penn’s liaison to the Beat The Streets program.

Dziewa was a two-time NCAA qualifier for Iowa and finished his career there with an 84-26 record. In his senior season, he was runner-up at the Big Ten Championships at 141 pounds and finished the year with a 29-9 record.

A four-time Academic All-Big Ten selection, Dziewa was named to the NWCA All-Academic team in 2015 and received Iowa’s J. Donald McPike, Sr. Award as the senior wrestler with the highest GPA.

A Yardley, Pa. native, Dziewa attended Council Rock South High School where he posted a career record of 124-7 and was a state champion.

Dziewa graduated from Iowa in 2015 with a degree in recreation and sports business.