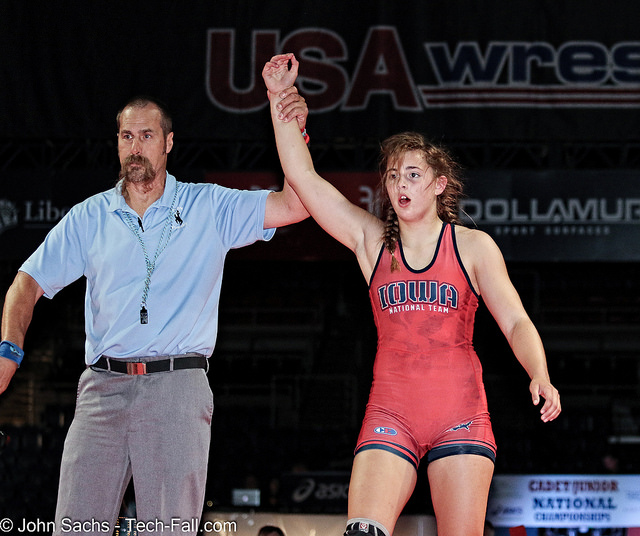 Once again competing at 72 kg (158.5 lbs), Watters has already thrust herself into the thick of Team USA’s Women’s Freestyle circuit placing third in the 2015 Senior World Team Trials at 69 kg, and falling one win away from placing at the 2016 Olympic Trials. Not only that but her senior high school season saw her win USA’s Wrestling’s Junior Women’s Triple Crown. As noted in our previous IAwrestle story, that feat puts Watters into the same category as two-time World Champion Adeline Gray, and 2016 Olympic gold medalist Helen Maroulis.

Last year at the Junior World Championships in Brazil Watters made it to the semifinals of the Junior tournament before she was defeated by eventual gold medalist Rino Abe (Japan). She was then defeated once again 4-0 by Iselin Moen (Norway) in the bronze medal match.

Rachel will compete this Friday September 2. First round begins at 3:00 AM Central, and the medal matches will be at 11:00 AM Central.