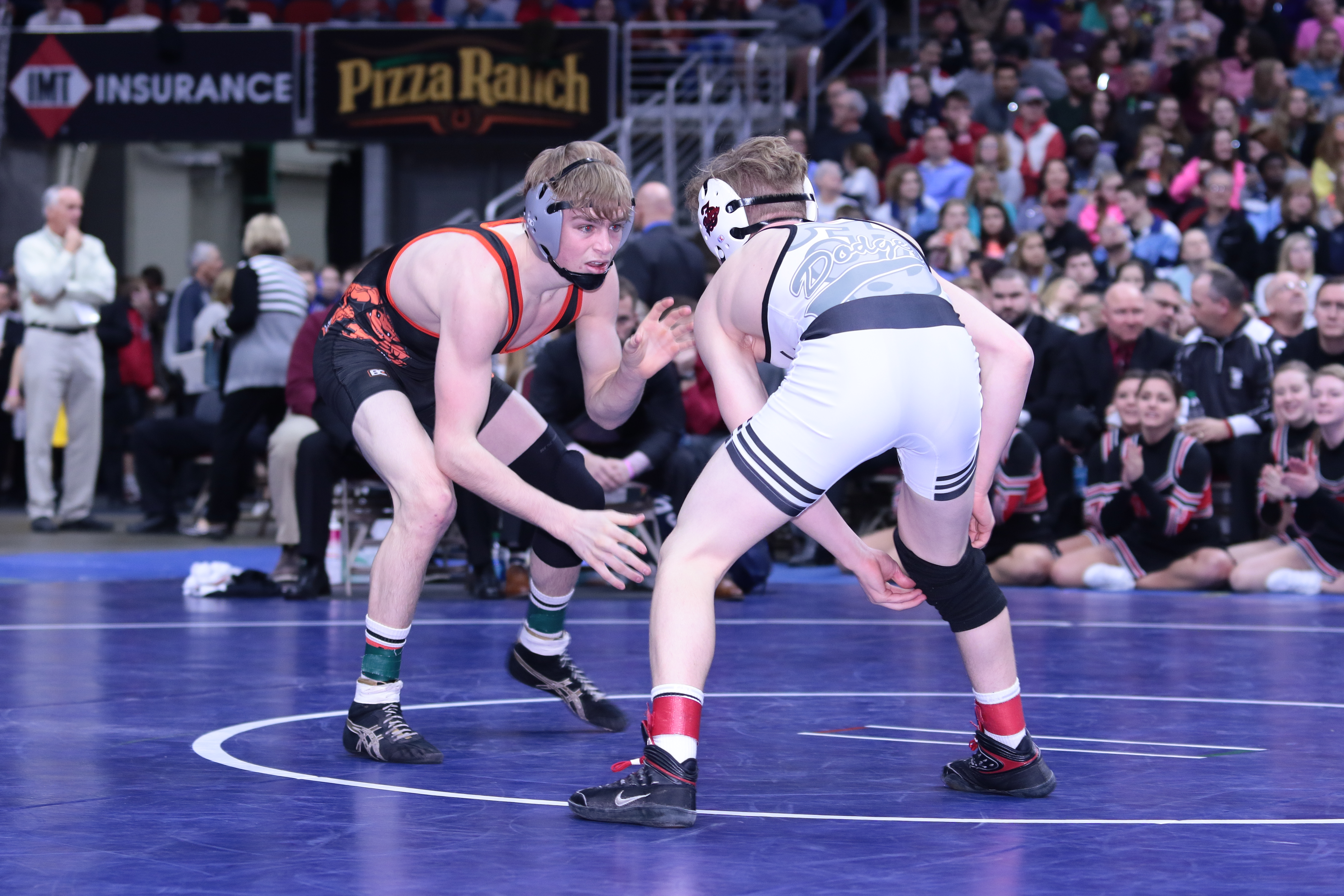 Three-time Iowa state place winner McGwire Midkiff of Council Bluffs Thomas Jefferson committed to wrestle for head coach Roger Kish and North Dakota State Tuesday night. He was also considering Northern Iowa, Columbia University, and Lindenwood. However, after a visit to NDSU last weekend he knew that was the place that he wanted to spend the next five years.

Midkiff placed eighth as a Freshman and fifth as a Sophomore before finishing as a state runner-up last season. He comes into his senior season with a career record of 145-23. He was recently ranked as the #22 wrestler in the state of Iowa in the IAwrestle Fab 50 rankings. He will rejoin former CBTJ teammate Colton Clingenpeel who is currently a freshman at NDSU. He also joins fellow Iowan Chase Shiltz in the 2017 recruiting class for NDSU. The NDSU roster also features former Iowa prep Cordell Eaton.

IAwrestle had a chance to catch up with Midkiff tonight about his decision and why he chose to commit to the Bison:

“I chose NDSU because it was very clear that the coaching staff is just as committed to me as I am to them. I plan to be a big part of their program for the next five years and they have the same plan for me.”

Midkiff will wrestle 126 pounds this coming season for CBTJ and will project at 133 pounds for the Bison.