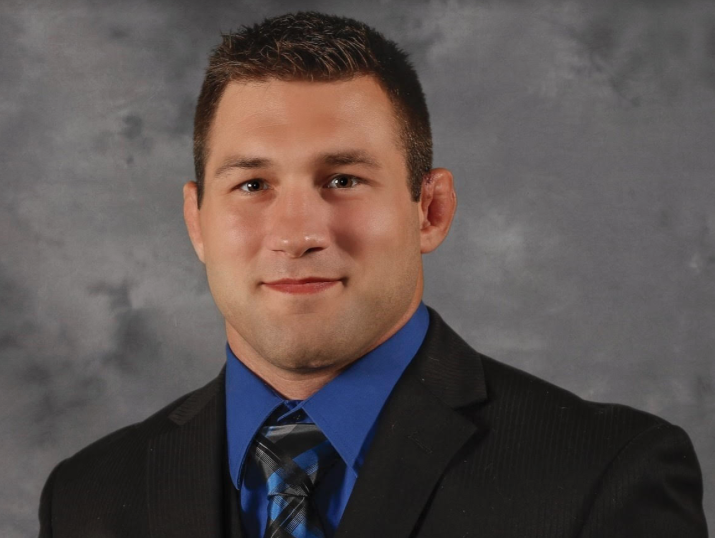 An Iowa State graduate, Sorenson will be involved in all aspects in the program and begins immediately.

“Andrew brings a passion and drive to help young athletes succeed. He will be an unmeasurable asset to not only the development of our men but to the recruiting of potential student-athletes with his endless connections,” said Jensen.

During the 2013 and 2014 seasons, Sorenson was an assistant coach at Division I South Dakota State, working primarily with the Jackrabbits 149-174 pounders. Over two seasons, Sorenson helped SDSU win 11 duals and qualify four individuals for the NCAA Championships. In his time in Brookings, he also was involved with recruiting, alumni relations and fundraising.

Most recently, he was a member of the Panther Wrestling Club in Cedar Falls, Ia., competing in freestyle tournaments around the country and overseas.

“Andrew comes from a background where hard work comes first and this will be evident in the work he puts in to helping our wrestlers reach their fullest potential. I have been around Andrew as a competitor and I am excited about the wealth of knowledge and mentorship he will add to this program,” said Jensen.

A team captain and winner of numerous awards on the mat and in the classroom, Sorenson also spent time as a volunteer strength and conditioning coach after graduation, working with various Cyclone squads.

Sorenson graduated from ISU with a degree in Kinesiology-Health Fitness Management and a Master’s in Educational Leadership and Policy Studies.