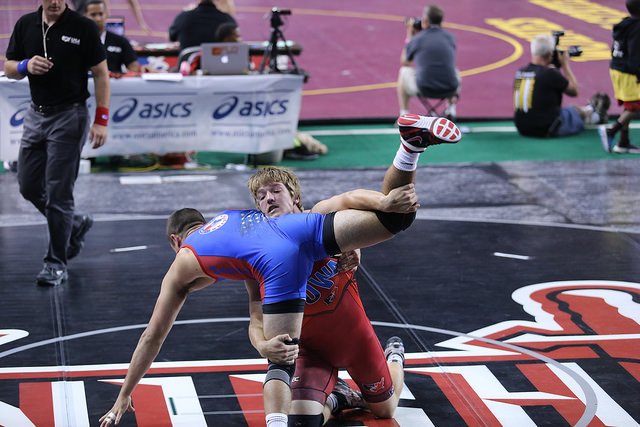 Another one of the biggest names for the 2017 Iowa high school recruiting class is off the board. Chase Shiltz of Creston-Orient-Macksburg has committed to wrestle for coach Roger Kish and the North Dakota State University Bison. Shiltz is a three-time state finalist and two-time state champion. We recently had him ranked as the fourth best wrestler in the state of Iowa on this summer’s fab 50 list.

I had a chance to speak with him briefly after his commitment and asked what schools he had on his short list before picking NDSU.

“Not a whole lot of schools were on my list,” Shiltz told IA Wrestle, “I was just keeping my options open and I fell in love with the program, the staff and the school itself. I couldn’t pass up an opportunity like they are giving me.”

Ranked number #37 in the class of 2017 by InterMat, Shiltz projects as a 174/184 pound wrestler for the Bison. He also joins Cordell Eaton (North Scott) and Colton Clingenpeel (Council Bluffs – Thomas Jefferson) as native Iowans to wrestle for NDSU.

One thought on “Chase Shiltz commits to NDSU”