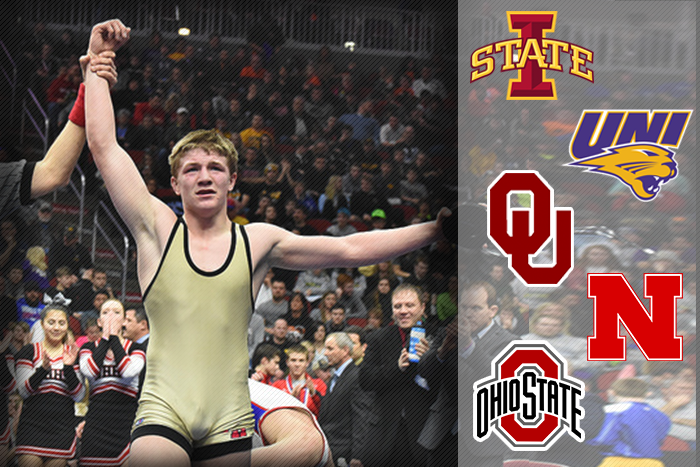 With recruiting season now in full swing, we take a look at the top prospects in the class of 2017 and where they are looking. July 1st is the first official day that college coaches can contact high school juniors (or soon-to-be seniors) and discuss scholarship offers.

When we last spoke to Keaton Geerts he was coming off his state title run for New Hampton. At the time Geerts listed only UNI as the only school that he had been in contact with. Since that time we have watched his stock rise after All-American finishes at FloNationals and UWW Cadets, and winning both the freestyle and greco state titles. Because of that he is now ranked #11 at 132 pounds by Flowrestling and quickly becoming sought after by many colleges.