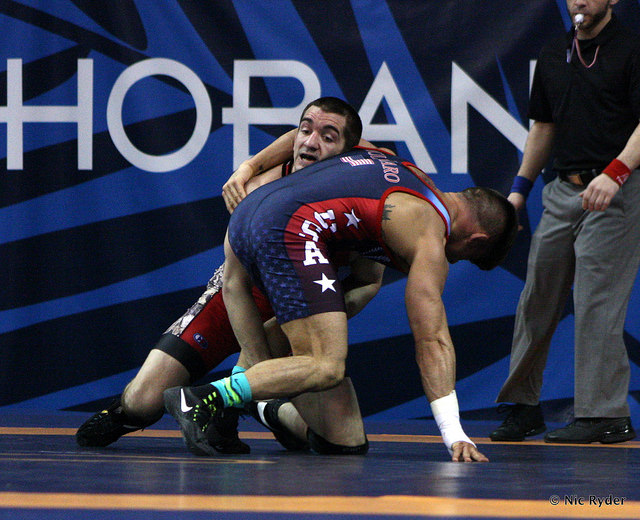 With one of the biggest announcements of the week coming from UWW that the governing body will be adding a World Championship for Non-Olympic weights, Takedown Wrestling caught up with Hawkeye Wrestling Club’s Brent Metcalf to discuss his future. Many have started to speculate that Metcalf may attempt to make his fifth World team and compete at the Non-Olympic Weight Team Trials.

“I think it’s good news for the sport of wrestling and good news for the United States,” Metcalf said on UWW adding these Non-Olympic World Championships. “As far as what I decide to do down the road with this, we’ll see I am not there right now. I am not feeling like it’s going to happen right now, but we’ll see.”

In 2014 UWW made adjustments to their weight-classes with the men losing two of their Olympic contested weights and reallocating those medals to Women’s freestyle. Despite both 61 kg and 70 kg not being Olympic weights, they were still contest weights at the annual UWW World Championships. With 2016 being an Olympic year it appeared that there would be no champion at 61 or 70, until this UWW announcement that the Non-Olympic weights will be contested four months after the Olympics in Budapest, Hungary this December.

Enter Brent Metcalf, who made his first World team back in 2010 at 66 kg, and then proceeded to make three straight teams from 2013-15. His 2016 Olympic bid was cut short early, taking a loss in the quarterfinals to eventual Olympian Frank Molinaro.

But now Metcalf appears to have an opportunity at a second chance, with the possibility of bumping up to 70 kg to continue his freestyle career. That would be the highest weight fans have ever seen Metcalf compete at with 70 kg being about five pounds heavier than Metcalf’s college weight of 149.

With the Olympic team now decided, most of the wrestlers who were not fortunate enough to make the national teams begin their transition into the coaching ranks as they look to continue their career in the sport. Takedown Wrestling also asked Brent about his thoughts on this as well.

“I don’t know,” Metcalf said on whether he would accept a Division I coaching offer right now, “I am in a tough situation right now. I mean that is definitely a direction that I will go. Ultimately my priority in my life is my family and my wife is currently in a graduate program and she has one more year left. I would be open to listening and talking about it, but the reality is that it is going to take a pretty great opportunity to pull me away from my family for a year. Because she would have to stay (in Iowa City) with the kids and finish (her degree) while I am gone.”

“I am a Hawkeye and I would like to stick around here as long as I possibly could, but the reality of college wrestling is sometimes things don’t open up and you have to be willing to move on.”

Fans can catch the entire Takedown Wrestling program in the media player below (35 minute mark for Metcalf):