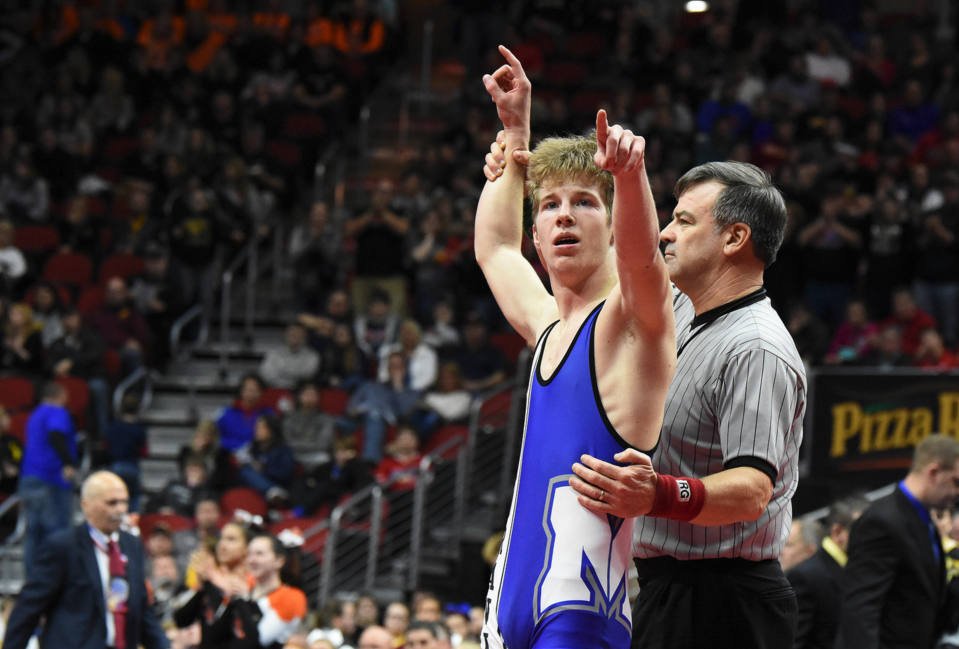 Three-time Iowa high school state medalist Briar Cochran of Moravia has announced that he will be continuing his wrestling career with the Iowa State Cyclones.

“I chose Iowa State because the coaching staff is awesome. The guys on campus made me feel like family.” Cochran said.

Cochran made the state finals at 132-pounds for Moravia this past season, joining his father as the only wrestlers in school history to ever compete on Saturday night at the tournament. Briar then accomplished something no other wrestler had done in school history when he downed Lisbon’s Chase McLaughlin, 14-11.

“My town, family members, friends, school, church etc made me feel extremely special after bringing something of that magnitude back to Moravia.” Cochran on his state title.

After winning the state title, Cochran took it upon himself to reach out to Iowa State University.

My name is Briar Cochran. I’m from Moravia, IA. Small 1A school down south. I won state this year at 132. It’s been my dream to wrestle for Iowa State for a long time. I understand that your recruiting classes coming in these next couple year have some studs around my wight, but I think I can compete with anyone in the world and get better and better. I’ve been thinking a lot about walking on to the team next year. I was wondering if I could just get some input.

Briar finished his career with the coveted state title after taking fifth as a freshman and seventh as a sophomore. As a junior, he failed to reach the stand, but according to the Moravia wrestler that experience was a big influence on his senior year.

Briar Cochran had an amazing 2016 state tournament run and something tells me he isn’t done yet.

“An arrow has to be pulled back before it can be shot forward.” Cochran told us in an interview at the state tournament.

Watch more of that interview below.