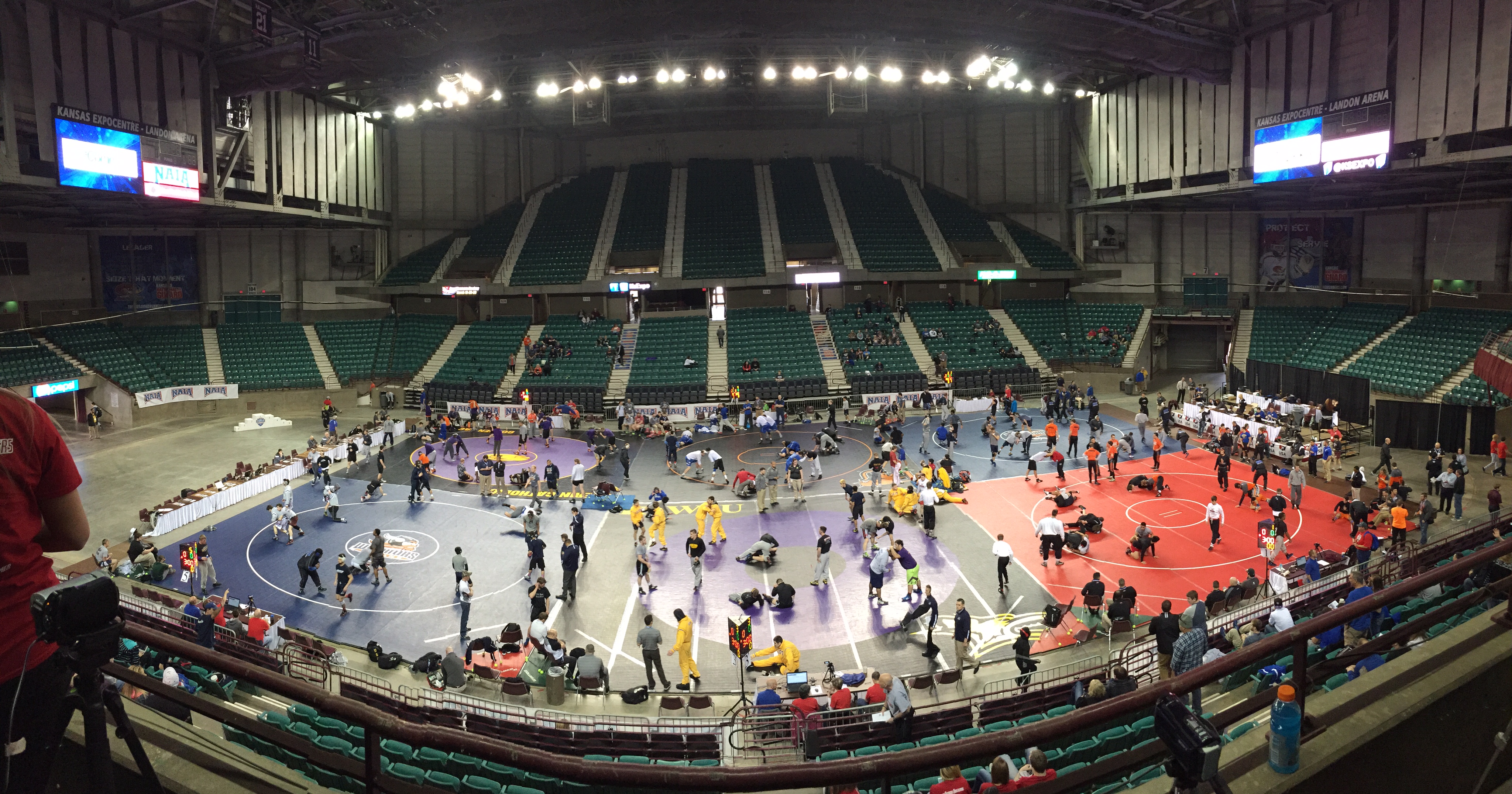 The Grand View Vikings will be in the driver’s seat to win their fifth straight traditional team title this weekend, as they enter the competition at top the team rankings (a spot they have been in 30 consecutive weeks the poll has been released). The Vikings figure to be the heavy favorites heading into the tournament with a total of five wrestlers being ranked either #1 or #2 and five additional wrestlers ranked in the top five.

The next closest Iowa team in the rankings to Grand View is Morningside, who sits at #23 in the final poll.

After being dominated by Ryak Finch for the last several years, this weight will see a new champion this weekend with Oklahoma City’s #1 ranked Adrian Gaines being the most likely top seed. The highest ranked Iowan is Grand View’s Tristan Bundy, and according to the preliminary brackets his first match could be with Northwestern’s Austin Boles.

Here we have the first weight where Grand View shows off their embarrassment of riches holding both the #1 ranked Jacob Colon and the #2 ranked Godwin Cutler. Truth be told this wouldn’t even be the first time to Grand View wrestlers faced each other in the finals if both wrestlers make it, as Brandon Wright defeated teammate Gustavo Martinez 2-1 in the 141 pound finals in 2014.

It could be a rough round for Walker Marshall, as our preliminary brackets show that the Viking is slotted to face the #2 ranked Adrew Schulte of Concordia in the first round of the tournament.

This bracket will certainly see a redraw with our own Tony Hager breaking the news this week that top ranked Andrew Long has been dismissed from Grand View, potentially opening the door for Morningside’s Steven Garcia.

The 157 pound weight class is the second weight where we see Grand View boasting the two top ranked wrestlers at the weight. #2 Grant Henderson will look to make the stand after just missing it in 2015 and top ranked Tanner Werner is coming off a weekend that saw him named outstanding wrestler of their qualifying tournament.

Returning All-American Dallas Houchins is the name to watch at this weight, and he also happens to be the only ranked Iowan in the tournament.

Third Lawton Benna will prove his mettle this weekend as the top ranked wrestler from Iowa, but keep an eye on Northwestern’s duo Zach Fishman and Andras Lukacs-Farkas.

This weight features two interesting Iowa wrestler that could do some damage this weekend. #1 ranked Michael Pixley has had very few occasions this season where he didn’t look in absolute control of his match. After taking second as a freshman (with one loss), Pixley is eager to reach the top of the podium. Northwestern brings Tyree Cox at this weight, who was national qualifier in the previous season.

Both Briar Cliff and Northwestern each return national qualifiers from the 2015 season in Jared McCoy and Nick Null respectively. #3 Grant Harrill is the top ranked wrestler from Iowa in the bracket.

They call him Mean Dean Broghammer, and after watching him on several occasions this season (and high school fans will recall his prep years at West Delaware) it’s easy to see how he earned the nickname. Broghammer brings more than a terrific nickname into the tournament, but is also a returning All-American and a legitimate title threat.