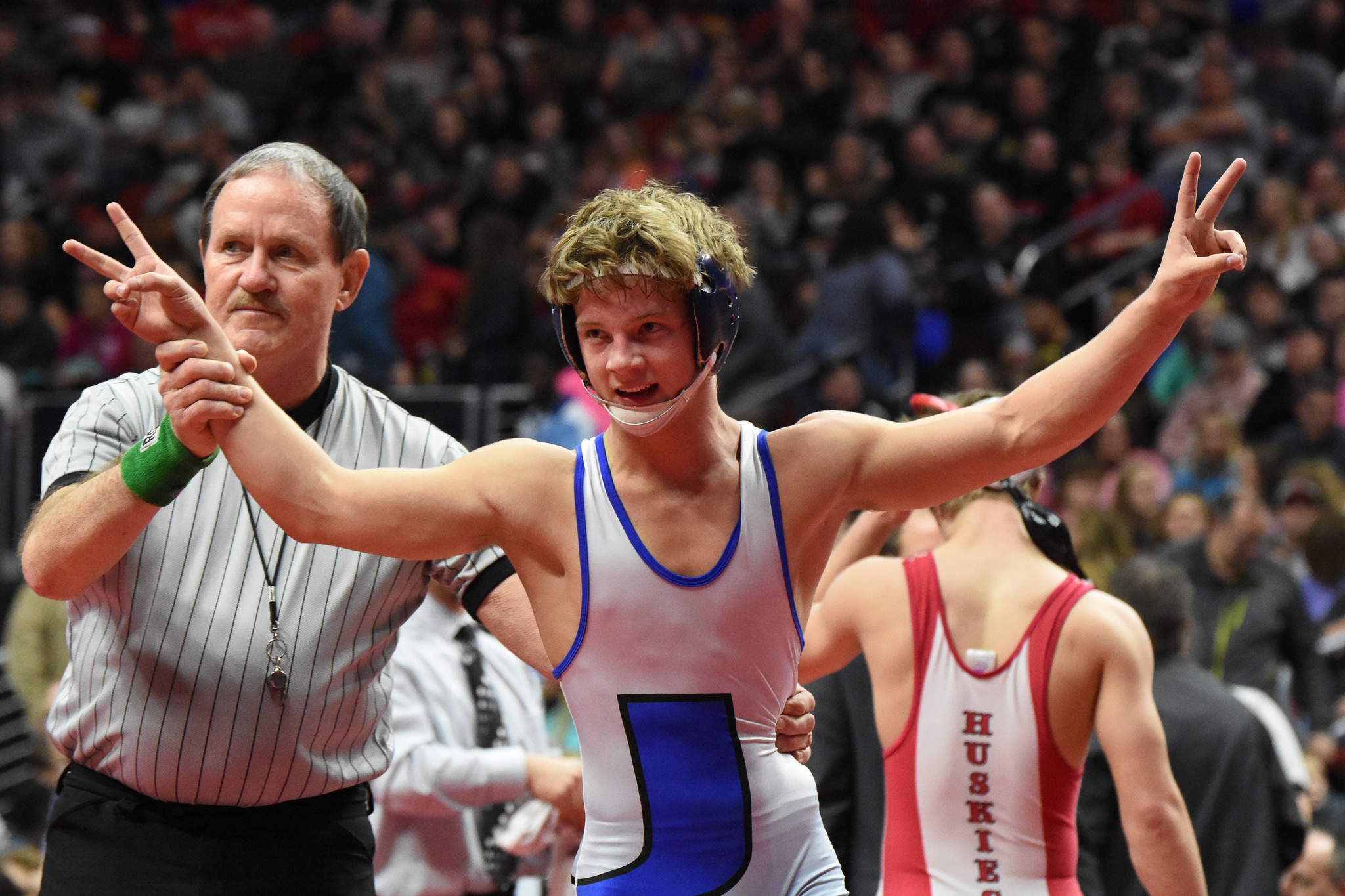 Alex Thomsen: It felt absolutely great to finish on top again this year, last year was the big “test” and I took that tournament very serious. This year was a little more laid back and a lot more fun; yes I still had to stay focused but I had a blast up at the state tournament! While I was on top of the stand I looked around and was amazed at what I saw, I mean this was real and I was on top again. I loved the feeling of winning my second title and all the hard work and hardships I went through was so worth it.

You wrestled a really tough Drew West in the finals and it looks like you may have even widened the gap between you two. What is the biggest reason that your wrestling seems to have gone up another level from a year ago?

The finals match was by far my best match this year, and it was also the most fun I’ve had all year! I went out and knew that I had to make a statement because last year that match was very close and that didn’t sit well with me. I came out guns blazing and didn’t stop trying to score until the final whistle blew.

Honestly I’d say the biggest reason my wrestling went up another level from last year was my big Fargo nationals run and Super 32. It made me realize I am one of the best guys in the nation and that still made me want to keep going because I want to be #1.

How did you celebrate your individual championship with friends and family?

I went up to my family and girlfriend after my title and celebrated for awhile, but it was all still a blur; after that match I was so pumped up that it really didn’t register that I beat him in that fashion yet. It took a little while for the adrenaline to go away, but after that I was very proud of what I did and how I handled that match.

My head coach, Joe, kept me away from honey buns during the season because they weren’t very healthy for me.. I mean I still found a way to sneak them into my hotel room, but that was my craving after the state tournament.

My favorite part of the state tournament was wrestling the first place match, because I love the environment you are put into and when the fans are screaming their heads off when you score really gets your adrenaline going!

Where are your state medals currently?

I don’t know if this is bad or not, but my state medals are in a box in my room in the back corner of my closet. I really should hang them up or something but I keep putting it off…

Who is your favorite wrestler to watch right now?

I love watching the Penn State guys roll around, they’re amazing with scrambling and they always put you on the edge of your seat!

In the fall you told Andy Hamilton that Iowa, Nebraska and Ohio State were on your list for colleges you liked. Are they all still in play and have any other colleges made their way into some of the schools you are interested in?

Yes I like those colleges, and they’d all be great to go to, but right now I have no idea where I want to go. I have two more years to decide and when the time comes I know I’ll have the help of the coaches and my family to make this decision.

Thank you for having me on Overtime!