Panthers Go On the Road to Fargo 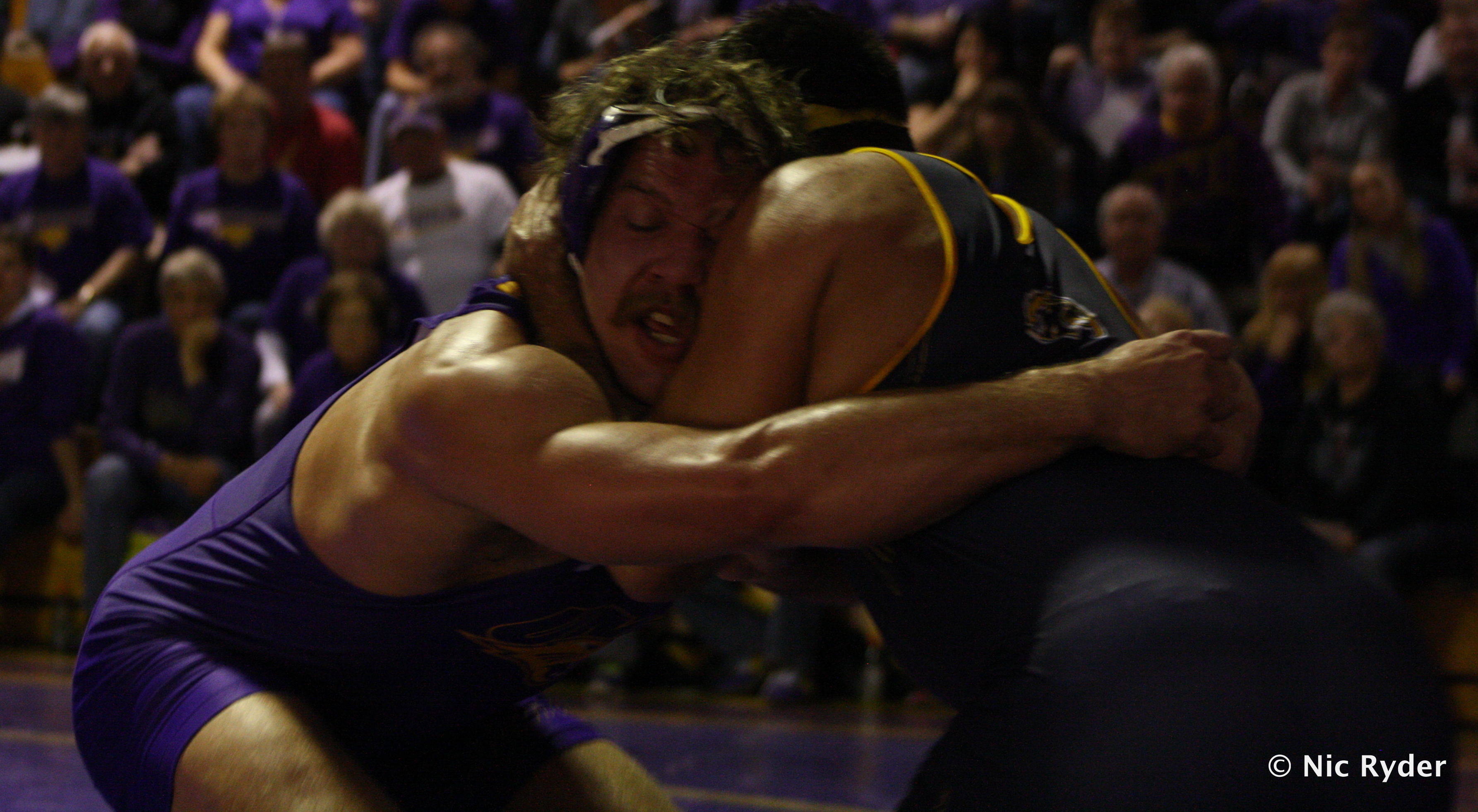 The final road trip of the season for the Panthers comes after a disappointing homestand, where they went 0-4 in just over a week. They’ll look to rebound on the road, as they their final two duals of the year take them to Fargo, North Dakota, and Buffalo, New York. This week UNI gets the Bison of North Dakota State.

In the meantime, the Bison host UNI in a dual meet on Saturday. By far the most interesting match of the day will come right away – when #5 Dylan Peters and #17 Josh Rodriguez take the mat at 125 pounds. The two haven’t met in their careers, and the most important thing to watch for is how Peters does against a ranked opponent; he has yet to see one in the top 20 since returning to the lineup in January.

NDSU only brings one other ranked wrestler to the dual Saturday – 184 pounder Hayden Zilmer. Kilmer is ranked fourth by Intermat, and NDSU’s only returning All-American. Zilmer a two-time NCAA qualifier, and two-time WWC Champion. He leads the team in pinfalls, with eight, and will be looking to extend that mark going up against UNI’s Drew Foster.

The big question for UNI is who is going to be in the lineup. UNI Head Coach Doug Schwab said they would start to get his team ready for the MAC Championships in March. There have been injuries up and down the lineup, and UNI is trying to get them all back and healthy.

165 pounder and current MAC Wrestler of the Week Cooper Moore was hurt in the dual last week against Iowa State, and sat out the next day against Kent State. I’d expect him to be out against the Bison too, and to see Taylor Berger step in for the Panthers.

At 141 pounds UNI has lost two potential top-20 wrestlers in Jake Koethe and Trevor Jauch, to knee injuries. Koethe is out for the season, but Jauch has continued to wrestle despite his injury. Most notably he wrestled last Friday against ISU’s Nathan Boston, and appeared to tweet his knee again early in the first period, and then was out for the Kent State dual. I’d expect to see the backup, Willers, in again against the Bison.

Adam Perrin looks to stay in the lineup at 149 pounds for UNI, where he will most likely face Clay Ream, who placed 8th at this years Cliff Keen Invite and was the WWC Champion last season. Perrin had a nice win against Dante Rodriguez last Friday 14-4, before dropping an 8-0 major decision to Mike DePalma of Kent State.

Other than Blaize Cabell at 285 pounds, all the other Panthers wrestling Saturday will look to get back on the winning side of things. #15 Josh Alber, Bryce Steiert, Kyle Lux, and Jared Bartel – in addition to Willers, Perrin, Berger and Foster – are all on a one match losing streak (Alber won his match against Kent State by forfeit, but lost to ISU’s Earl Hall). They’ll all need to improve to not only help get a team win, but to help their own chances of earning an automatic spot for the MAC at the NCAA Tournament.

The dual Saturday will be the 25th meeting between the two schools, with UNI leading the all-time series 21-2-1, including the last 14 in a row. This will be an important dual for both squads, and there is a little bit of rivalry here from their days in the WWC, as well as more recent history in that sport with the oddly-shaped ball.

The dual will be streamed on NDSU’s All-Access, and costs only $6.95 for a 24-hour pass. If live streaming isn’t your thing, we’ll have a live play-by-play thread going as well as updates via Twitter, @IAwrestle, so be sure to check back often Saturday night.

3 thoughts on “Panthers Go On the Road to Fargo”