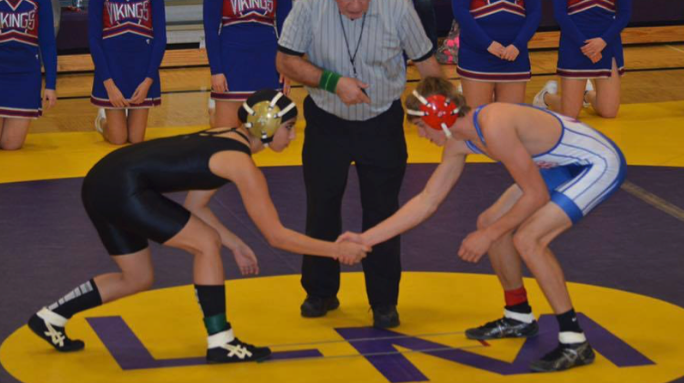 This past week had a ton of solid wrestling at the high school level. It was also exciting to hear women’s wrestling featured on the Takedown Wrestling Radio show on Saturday. There were insightful interviews with the head coaches of the top four ranked collegiate programs in the country. They gave candid insight into the history and growth of the sport, the success of wrestling freestyle at the collegiate level, and the opportunities available for future college athletes. It is a must-listen for any fan of women’s wrestling. Here is the radio archive from Takedown.

With the growing number of girls wrestling at the high school level, Iowa has the opportunity to field a solid dual team at the USA Wrestling Junior Girls Folkstyle National Duals in Oklahoma City, Sunday March 30th. Historically the larger states with higher participation such as Michigan, California and Texas have swept the tournament. This year, the goal is to come into the tournament and give these powerhouses a surprise. “We want to let them know that going forward, Iowa is the state to contend with”, says IA/USA Wrestling Women’s Director, Charlotte Bailey. We are asking for our high school wrestlers to touch base with Charlotte at coach@femaleelitewrestling.com and let her know that you are interested in representing Team Iowa at this event. In addition, Female Elite Wrestling (FEW) and Wrestling for Life promote and provide scholarships for USA Wrestling membership and to help young women compete in state and national events.

Are you a female high school wrestler or a coach in Iowa? Send us your wrestler’s photo and a short bio and we may use it in a future update. We also want to compile coach contact information. Email: matt@femaleelitewrestling.org.

High school highlights since our last update include the following varsity performances:

Chloe Krebsbach of Osage is new to the varsity highlights this week. Chloe picked up a first-period pin and 2 forfeits to go 3-5 for the week making her varsity record 5-9. Chloe’s JV record is 1-12 for the season.

Emily Reis of Regina is also new to the varsity highlights with a first-period pin and a forfeit to go 2-4 for the week. Emily’s varsity record is 5-10 for the season and her JV record stands at 1-2.

Felicity Taylor of South Winneshiek picked up a 7-0 decision and 4 forfeits to go 5-5 for the week making her varsity record 18-14. Taylor’s JV record remains at 1-1.

Brittney Shumate of Woodbine is also new to the varsity highlights and picked up a pin to go 1-0 for the week. Shumate also went 0-3 at JV bringing her varsity record to 4-12 and JV record to 0-3 for the season.

Note: Shumate made the news last week when she wrestled another varsity female, McKinna Faulkenberry of OA-BCIG. Her varsity match this week was also to a varsity female, Soledad Castaneda, a junior from Riverside.

Rachel Watters of Ballard went 3-2 for the week picking up a first-period pin, a 5-1 decision and a 5-2 decision. Watters placed 3rd at the Storm Invitational tournament in Eldora and has improved her record to 12-10 for the season.

There is no question that women’s wrestling is growing rapidly across the nation as well as in Iowa. For evidence of this you need to look no further than the 113-A bracket of the JV tournament held in Centerville last Friday night. All four wrestlers in the bracket were female: Courtney Six of Ft. Madison, Britany Flockhart of Keokuk, Dakota Selby of Albia and Morgan Lawson of Ottumwa