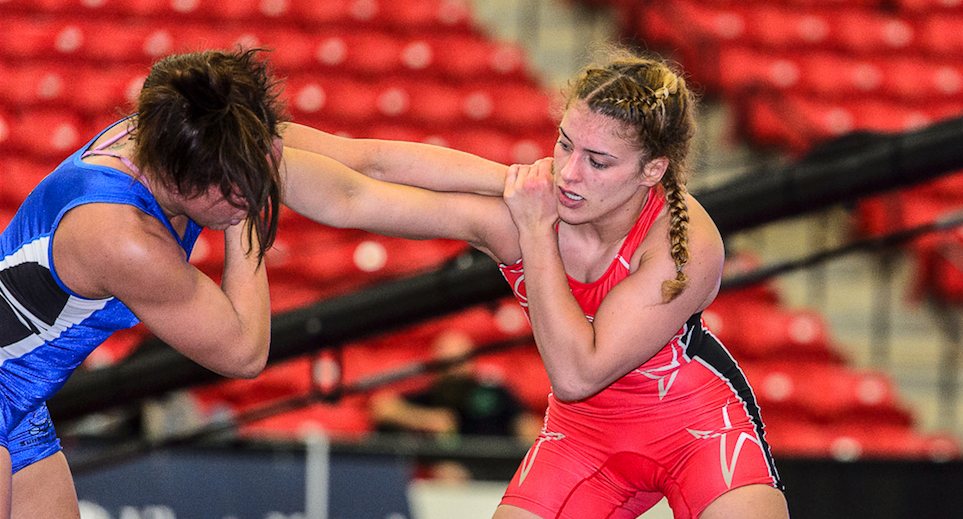 IOWA CITY, Iowa — University of Iowa wrestling fans will be treated to a special USA Wrestling presentation when Carver-Hawkeye Arena hosts a wrestle-off on Friday, Jan. 22 to determine four positions on the U.S. women’s freestyle team that will compete in the Pan American Olympic Games Qualifying Tournament.

The second match of the four best-of-three series will be contested at 6:30 p.m. (CT) prior to the Iowa-Purdue wrestling dual scheduled to begin at 8 p.m. Doors open at 6 p.m.

The first match of each series will be held in the Dan Gable Wrestling Complex at Carver-Hawkeye Arena at 10 a.m. Any rubber matches, if necessary, will be held after the conclusion of the Iowa-Purdue dual.

Tickets for the Iowa-Purdue dual and the women’s special wrestle-off are $12 for adults, $8 for those 18 and under, free for UI students and children five years and under.

The Pan American Olympic Games Qualifying Tournament, set for Frisco, Texas on March 4-6, is one of the most important events of the year for American wrestlers. The top two place-winners in each weight class qualify their nation to compete in the 2016 Olympic Games in Rio de Janeiro, Brazil.

Under approved USA Wrestling procedures, a past World medalist can challenge a 2015 World Team member in the non-qualified Olympic weight classes.

At 63 kg/138.75 lbs., 2012 World champion and three-time World medalist Elena Pirozhkova of the Titan Mercury WC will challenge 2015 World Team member Erin Clodgo. Pirozhkova competed up at 69 kg/152 lbs. at the 2015 World Championships, and is looking to return to her previous weight class, where Clodgo is currently top ranked. Pirozhkova was a member of the 2012 U.S. Olympic Team.

Because Pirozhkova has vacated her position at 69 kg/152 lbs., a Special Wrestle-off has been set between No. 2 Tamyra Mensah of the Titan Mercury WC and No. 3 Randi Miller of the U.S. Army WCAP. Miller was a 2008 Olympic bronze medalist.

All of these athletes have qualified to compete in the 2016 U.S. Olympic Team Trials for Wrestling, set for Carver-Hawkeye Arena, April 9-10. All-Session tickets are $75 for adults and $50 for youth.

The U.S. Women’s National Team will host a national team training camp in Iowa City, Iowa from January 17-23. The team will work out in the University of Iowa wrestling room, and are guests of the Iowa wrestling team and the Hawkeye Wrestling Club.

The camp will be conducted by National Women’s Coach Terry Steiner, and will include many of the top women’s freestyle wrestlers in the nation. This is the second time that Coach Steiner has conducted a National Team training camp in Iowa City, as a similar camp was held in 2012.

Note: Winners of each best-of-three series will compete for the USA at the Pan American Olympic Games Qualifying Tournament in Frisco, Texas, March 5.