Iowa to be well represented at Senior Nationals 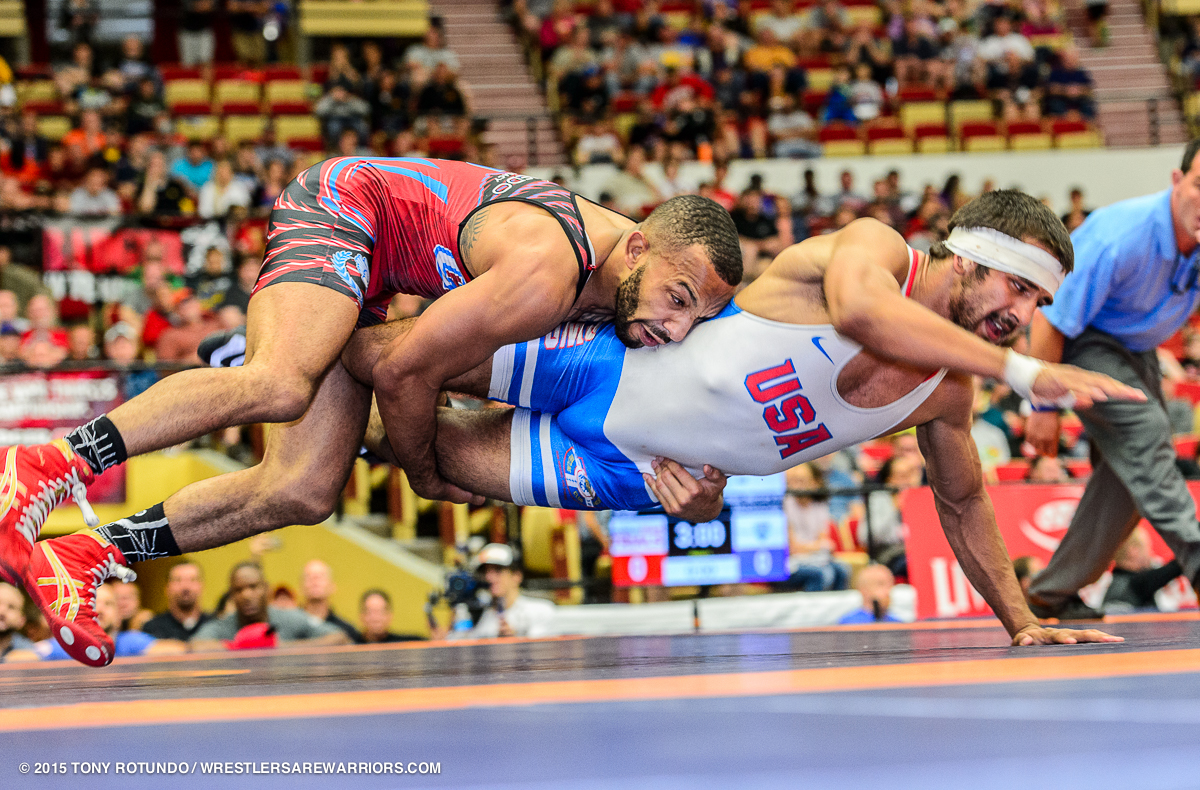 This weekend will hold big implications for many freestyle wrestlers as USA Wrestling’s Men’s Senior Nationals get underway this weekend in Las Vegas. Up to the top seven medalist from the tournament will claim automatic berths to April’s Olympic Team Trials, which determines who will represent the United States in Rio for wrestling biggest event.

Two Iowa wrestlers have already qualified for April’s OTTs by making the 2015 World Team and they are Tony Ramos (57 kg) and Brent Metcalf (65 kg) –both of the Hawkeye Wrestling Club. Additional former Iowa State Cyclone Jake Varner (97 kg) has also qualified for April’s Trials by being a returning medalist.

#7 Eric Thompson (former Viking) and #10 Bobby Telford (HWC)
Looking over the Iowans competing I feel good about a number of them being able to qualify for the OTTs held in Iowa City.

57 kg has a lot of depth where a lot of guys can beat up on each other which is probably the toughest weight to predict. Colon really broke out last season making the Finals at this past summer’s trials and is one of the favorites to win the bracket. Escobedo is one of the toughest in the nation to beat when fully healthy, which is what he finally was at last year’s trials where he took third. Dennis is coming off a top three performance at the last qualifying event. A really good weekend would see all three qualify, but leaving with only two qualifiers from this weight wouldn’t be a shocker either.

Jon Reader has been rock solid at 86 kg and is definitely up there for one of the most likely Iowans to advance to Iowa City. It will be interesting to see if David Taylor and Kyle Dake can make any traction at this weight which is full of veterans. Deron Winn is a bit of a sleeper here not being ranked in the top ten, but plenty of talent to come through the field.

Zabriskie will have a decent shot at 97 kg at making it, but it’s hard to give a good opinion without seeing his bracket.

It’s interesting to see Andrew Sorenson at 74 kg instead of 86 kg where we have grown accustomed to seeing him. With Dake, Taylor, and Tyler Caldwell all joining the mass exodus away from 74 kg, there is an opportunity for a guy like
Sorenson or even Mike Moreno, who is up from 70 kg.

Heavyweight has been dominated by Tervel Dlagnev and Zach Rey, but I still like what I see from both Eric Thompson and Bobby Telford. Both are still very young, already ranked in the top ten and can do some damage at this weight.