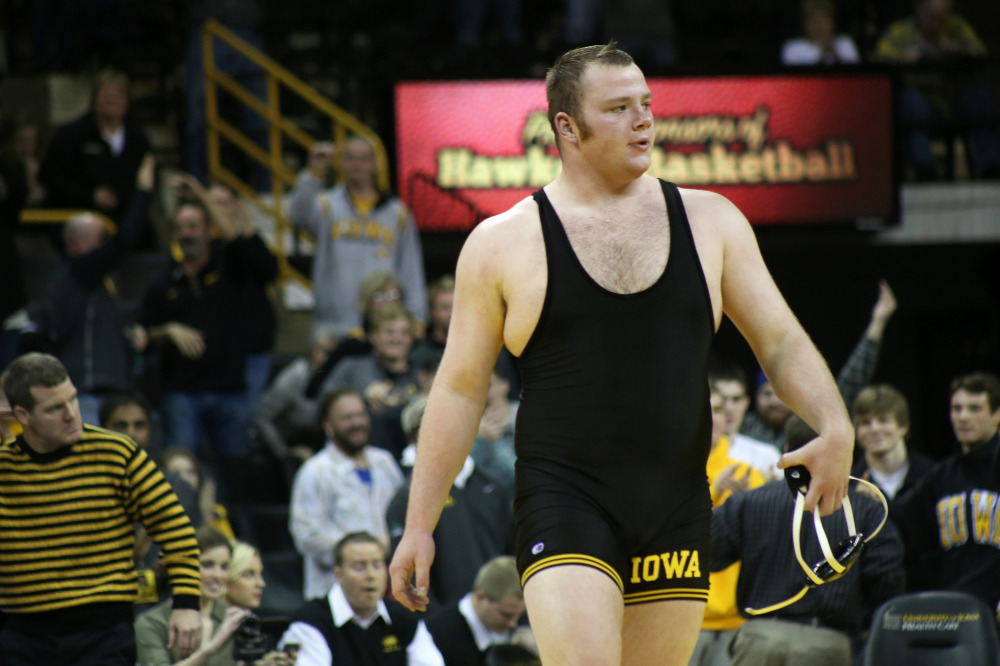 1st: Stoll comes out to Darth Vader’s theme song again. Smith drops for a shot and Stoll backs out into a bear hug, but Smith able to back out otf that. Both guys moving well early. Stoll trying to work some snaps on Smith’s head, now with a lot of pressure trying to back Smith out, Smith circles in and tries to do the same. Ref calls action, no stall call. Stoll trying to work a two on one, Smith trying to back out of it. Stoll tries another bear hug, Smith backing away. Period ends scoreless.

3rd: Curt Frost (the ref) getting booed pretty good. Stoll starts on bottom, Stoll gets to his feet and is out. Smith has :09 RT, but it’s tied 1-1. Not much action, lots of moving each other’s heads. Period ends match tied.

SV1: Stoll trying to work inside position, Smith warned for stallaing, he takes a shot, Stoll stuffs he head for 2!