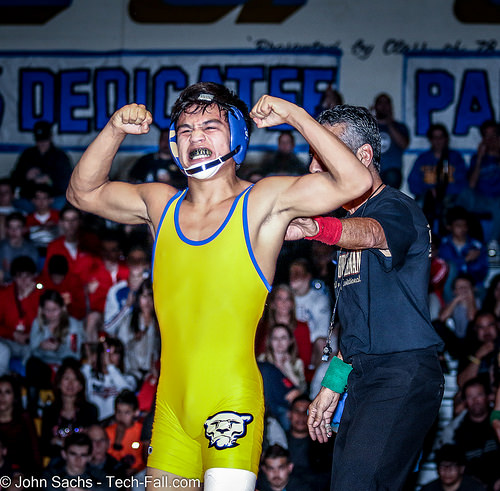 Hawkeye junior commit Justin Mejia was up to his usual antics again this weekend: winning. This time the California standout won the Clovis West Shootout at 126 pounds, defeating the #6 ranked Scott Kiyono of Poway in the finals by fall. Mejia plans to cut down to 120 later in the season, but as you can see from the below video, he handling himself just fine up a weight.