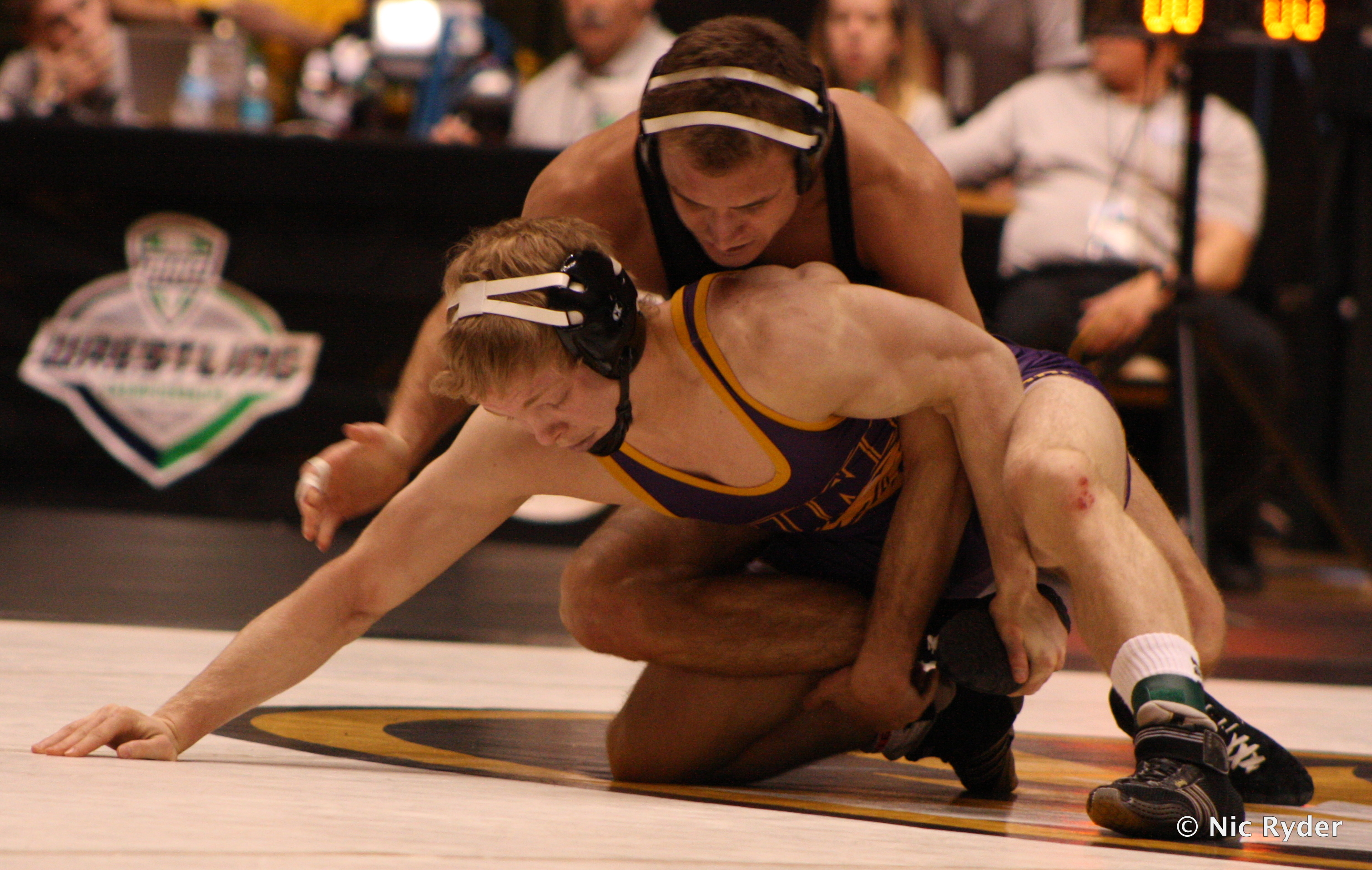 Northern Iowa had their wrestle offs for the 2015 season on Saturday and at the lightest weight things went pretty much as expected. The first 125 pound match took place between Jay (formerly Jake) Schwarm and Tanner Rohweder. The two freshman are looking to challenge 2014 All American Dylan Peters, which is tough order. The former Bulldog took the match 8-1, and we have the entire match down below.

Schwarm then went on to wrestle Peters, and while the freshman kept it close for a bit, he was caught and Peters won by pinfall. Unfortunately we don’t have video of that match. The outcome wasn’t unexpected, and while Peters was able to dispatch of Schwarm fairly easily it looks like UNI will have a couple of 125 pounders in the mix for after he graduates.

We’ll be posting the other weights matches and results throughout the week, so keep checking back for more!