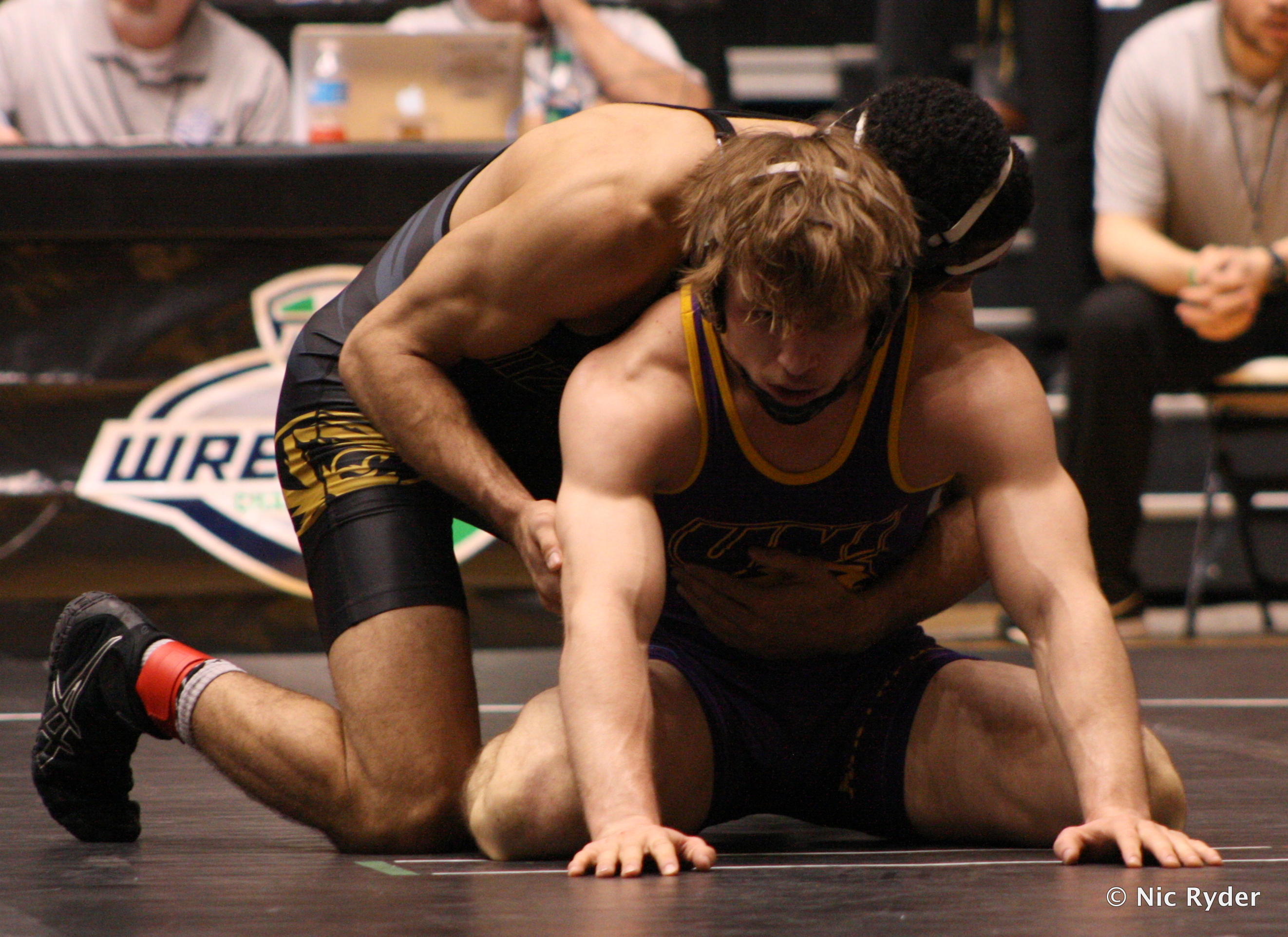 At 133 pounds UNI only had one match, between Josh Alber and Tanner Rohweder. Unfortunately we don’t have video of that one, but Alber won by pinfall.

Fortunately 141 pounds was a bit more interesting. In the first match of the day Jake Koethe knocked off the senior in Adam Perrin, 12-0. Returning starter at 141 pounds Jake Hodges then took down the freshman, 2-1, in a match that featured some great scrambles. Senior Trevor Jauch, who transferred from Missouri two years ago, won both of his matches by tech fall, 17-0 over Tyler Willers and 18-0 over Jake Hodges, which surprised me a little bit.

We have video below of all of those matches, except the 133 pound contest and Hodges win over Koethe.