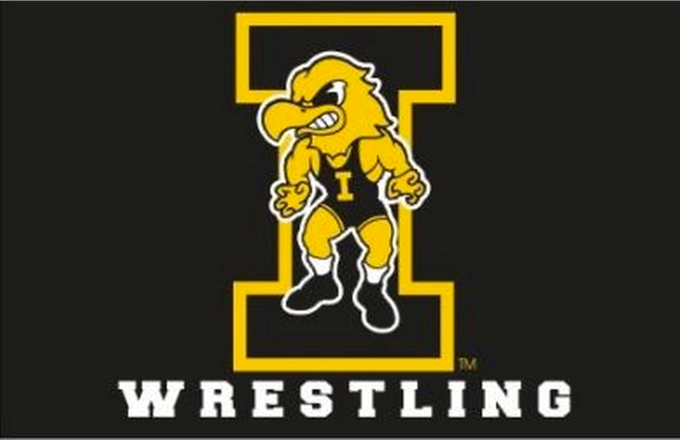 The first weekend of November is shaping up to be a big one for the Hawkeyes as they head into the 2015-16 season with three question marks in their lineup, and believe it or not, their first dual meet against a top five team is just over a week away. Tomorrow, the Grand View Open could play a key role in deciding which Hawkeye takes the mat at 141 pounds when the Oklahoma State Cowboys roll into town.

The battle to start the year is technically a three man race, with junior Topher Carton and freshman Logan Ryan most likely leading the charge for the spot, and true freshman Vince Turk will also be considered in the mix, but is still most likely a long shot at this point in time.

To get to know the contenders a little more, Carton put together an 11-4 record last season primarily at 141, although he did go 3-0 at the Iowa City Duals wrestling 149 pounds included in that record. Of his losses he fell to Division III national runner-up Drew Van Anrooy (Luther), NAIA national champion Brandon Wright (Grand View), Division I runner-up Mitchell Port (Edinboro), and Minnesota freshman standout Tommy Thorn.

Freshman Logan Ryan is coming off a strong redshirt season that saw him put together 21 victories to 6 losses — including two to eventual All-Americans. Ryan was suspended in March, and recently reinstated to the team earlier this fall, so one of the factors that may be holding him back is his time away from the mat. One thing certain is that Brands doesn’t want to have to make a decision. He wants one of the wrestlers to step up and take a hold of the spot leaving no doubt in anyone’s mind who’s spot it really is.

Last season Brands faced a similar decision on who to wrestle with a three man race at 149 pounds between Brandon Sorensen, Brody Grothus, and Edwin Cooper. Then, Iowa opened at the Luther Open and Brands opted to send the trio to another open the very next weekend to help reach his decision (this is what led to Carton wrestling last year’s Iowa City Duals). Grothus won the Luther Open, and Sorensen won the Joe Parisi which led to both starters getting the next two dual starts.

Ultimately the decision was made at the Midlands when Grothus pulled out with an injury. Sorensen went on to win against two top five wrestles and never let go of the spot along the way to his first All-American honor.

This year it appears that the Iowa coaching staff would like to have a guy emerge sooner than that, with both Carton and Ryan are entered in this weekend’s Grand View Open, there is a lot more than just an open title on the line. Turk will also be in attendance, though he is scheduled to compete in the freshman division, which means he will not face either of his teammates.

That means that the winner of the Grand View Open has a good shot at starting next Saturday vs Oklahoma State at the Kinnick dual*, but we could still see either guy wrestle matches with the Iowa City Duals, Iowa State, South Dakota State, and Rutgers all scheduled opponents for Iowa before the Midlands. If no wrestler stands out by that point, expect Brands to open the door for Brody Grothus (who is coming back from injury with a late December/early January return timeline) and freshman Vince Turk (depending how he opens the year) to enter the race.

Turk, as we discussed several months ago, would be the first true freshman out of high school to start for Tom Brands, so the thought is that Brands will hold off on using Turk in official competition unless his hand is forced to do so. Outperforming all three veterans at the Midlands, in addition to solid performances at early season opens, would surely meet those criteria.

Iowa fans need to take notice this weekend of the Grand View Open, as it could have a very real impact on the future of the Hawkeye lineup. A dominant performance by either Ryan or Carton could go a long ways in who gets the early lead in this battle. One thing is for certain, IA Wrestle will be plugged into this story tomorrow, as we bring live coverage from the Grand View Open. Follow along on Twitter.

*Brands has indicated the GV Open is not the determining factor, but it is certainly a big one.