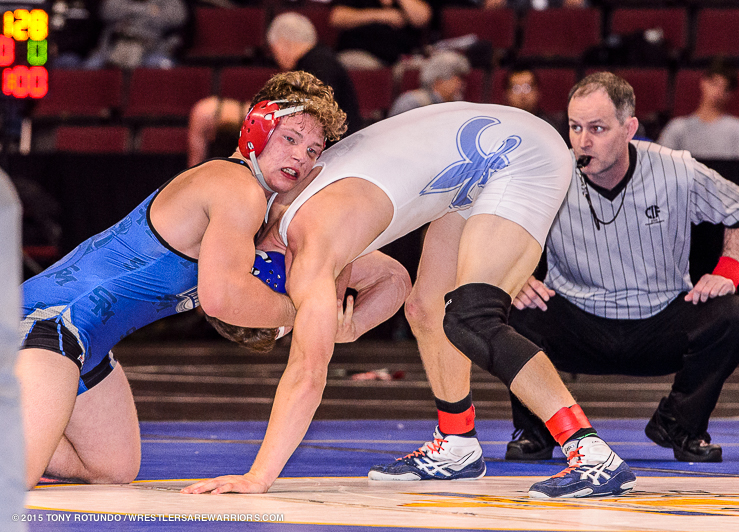 The Iowa Hawkeyes will be pulling two wrestlers from California in the 2017 class, with Calvary Chapel’s (formerly of San Marino) Luke Troy announcing his decision to verbally commit to the Hawkeyes.

“I have always wanted to be a Hawkeye.” Luke told us, “My style matches the ‘Iowa style’.”

Troy is currently ranked #4 in Flowrestling’s 152 pound rankings, right behind former teammate Evan Wick. This is the third commitment for the 2017 class for the Hawkeyes, as Troy joins fellow Californian and top 20 recruit Justin Mejia, and Illinois recruit Jason Renteria. He picked the Hawkeyes over Missouri, Iowa State, Minnesota, and Nebraska.

Another interesting wrinkle is how Iowa has now completely stocked the middle of their lineup – which is where Troy is planning on wrestling. “I plan to wrestle at 157 pounds when I get to Iowa.”

The 2016 recruiting class alone has three wrestlers that may compete at 157 pounds.

Troy brings in a tough resume to back up that #4 ranking at 152 pounds, as he won a USA Folkstyle national title, and placed top five at California state, UWW Cadet’s, Doc Buchanan, and Junior Nationals all in the 2015 year alone.