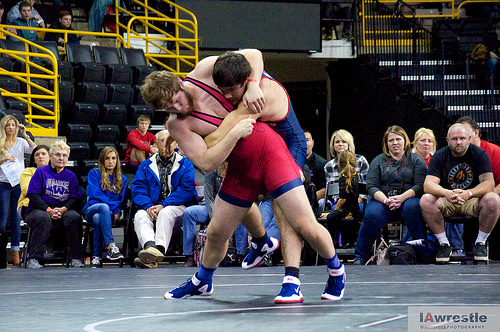 Game changing news for the Cowboys as Ethan Andersen switched up his verbal commitment from the University of Missouri to a program even further to the south in the Oklahoma State Cowboys. Andersen is rated the #8 220 pound wrestler in the nation according to Flowrestling, and the #72 ranked recruit in the entire 2016 class.

“I went down on a visit last weekend and I have been talking with them and the way John Smith is going to develop my style is making me excited. I really think it’s a place for me to flourish.”

Andersen is the lone top 100 recruit for the 2016 Cowboys recruiting class, but Andersen noted that the class ahead of him was a good group of talent. The one thing that lured John Smith to Andersen was the high schooler’s low single. An attack Smith himself is famous for.

“I was wrestling at nationals and he saw my level change against Isley on my low single and he immediately got in touch with coach Christiansen and from there it all started.”

Hearing the fact that one of the greatest American wrestlers of all-time was complimenting his attacks got Andersen excited to talk with coach Smith, “There is the heavyweight Turk who has been winning world’s the last few years and that’s what he has been comparing me to. He is really excited to develop my low single…It’s hard to say no to a guy that says ‘Hey I want to make you a World Champion. I can make you a World Champion.’ He is like one of only the six guys on the planet that can say that.”

Andersen talked about his decision to decommit from Missouri, a team that has a couple of his former high school teammates, “Willie (Miklus) was the third guy I called after I called coach (John) Smith and coach (Brian) Smith. He was really understanding. He knew it was where I was going to be happy and where I would flourish.”

Andersen is without a doubt one of the elite upperweight talents in this recruiting class, putting together a 130-11 record across three seasons for the nationally ranked Southeast Polk Rams. In addition to being a two-time Iowa state champion, Andersen also has several Greco-Roman accolades, wrestling for the Cadet World team in 2014, and on the Junior Pan Am team this past summer.

This past month Andersen competed at the first ever IA Wrestle event the Night of Conflict where he started out to a fast 12-3 lead in his match against Dylan Prince before putting him away with a headlock for a fall for Team Ramos.