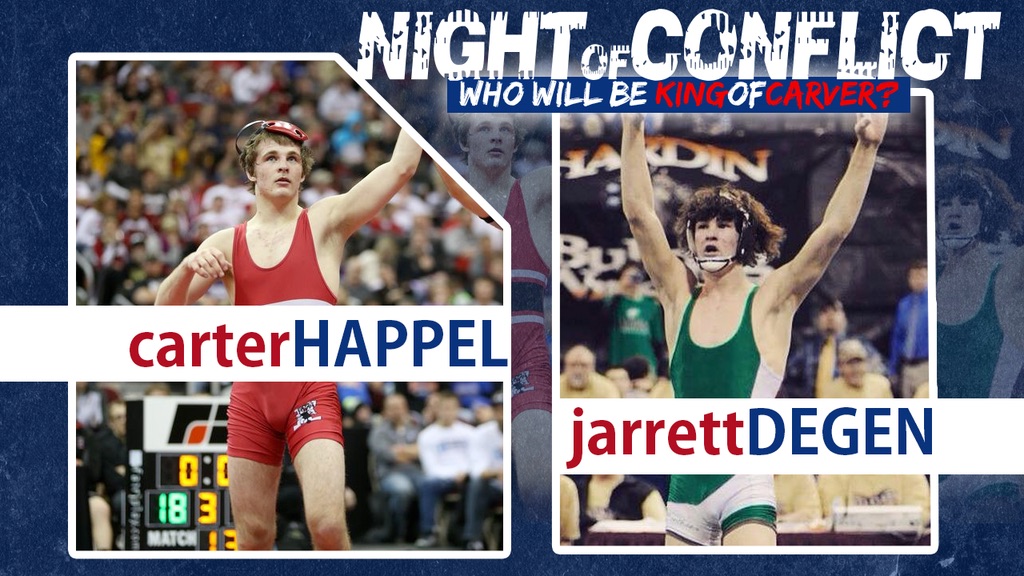 Last week the IA Wrestle team was able to release two of our nationally ranked matchups to the fans for our first event the Night of Conflict. This week we will dive further into the second match we released last week, as the state of Iowa’s top 2016 senior Carter Happel will look to take on a foe from the West in Montana’s Jarrett Degen.

This should be a really exciting match between two 3 time state champions from there respective states. Both are also very accomplished on the national level but have somehow never wrestled each other before now. Happel is a very good technical wrestler who stays in good position and doesn’t make many mistakes. It will be interesting to see how he does with Degen’s unusual 6 foot 3 inch frame that is almost unheard of at a weight this low. With that long body type Degen is a very good top wrestler and will try to ride Happel and control him on the mat. Happel’s ability to get out from he bottom if he finds himself there could be the deciding factor in this match.

Happel on Degen: “I think he will be a tough opponent and he has some good credentials. It should be a fun match!”

Degen on Happel: “Who better to wrestle than Carter Happel. Tough kid with a lot going for him. I think it should be a good match and I’m just excited to wrestle some more against a tough wrestler.”

Happel on the Night of Conflict: “I love the event. I’ve always wanted an all star type dual meet for all high school kids. I’m looking forward to it!”