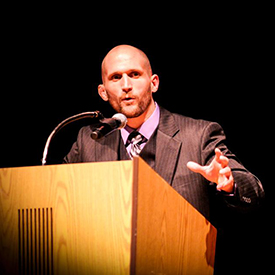 On Tuesday Head UNI Coach Doug Schwab announced that Lee Roper, formerly of The Compound in Georgia, had official joined the Panther staff as a Volunteer Assistant Coach.

“How Lee goes about things is a fit for our program and how we are trying to raise men,” said head coach Doug Schwab in the UNI press release. “I saw how he related to his club wrestlers and built that up. We have very similar philosophies in our lives and how we want to build a program.”

Roper will come in as not only a wrestling tactician, but also as a solid recruiter. The Compound has had 13 wrestlers who advanced to the Division I level in it’s relatively short history. Among the most notable are UNI’s own former All-American Joey Lazor, current Panther Jake Hodges, and incoming Panther Taylor Lujan. Georgia is a fairly unknown state to most wrestling fans, but UNI hopes that Roper can continue to send talented men to Cedar Falls.

“I came to UNI, because I believe in the passion and vision the coaching staff and athletes have set in place,” Roper said in the release. “I wake up every day excited knowing national championships are possible at Northern Iowa.”

Roper has been around the program for a little while now, and he praised his new staff members during an interview with Jeff Bradley and On The Mat Wednesday.

“I’ve gotten lucky enough to be around Doug for about five years now, a lot of (consistency) comes from him too. He’s got that intensity about him that you hear about all the time, I really try and emulate that too,” Roper said.

“As I’ve gotten up here I’ve learned a ton from Mark Schwab. That guy communicates wrestling better than anybody I’ve been around, and I’ve been fortunate enough to be around some great coaches. If there’s a wrestling Yoda out there, that’s the best way I can describe it. He’s got such a wrestling wisdom.

“Randy (Pugh, UNI Assistant Coach), I’ll tell you, that guys’ a rock. He just kind of sets a great example for how you can be successfull and humble at the same time. He puts 100% into his job.”

It’s been known for a little while that Roper was in the Cedar Falls area – he has Tweeted out several things from the West Gym, and rumors always fly in the wrestling community anyway – but what role he would fill for Panthers was a bit of a mystery. Some speculated that Roper would be added as a paid assistant, with additional funds being added to the wrestling program over the summer.

Instead, former UNI Volunteer Coach Tolly Thompson has been made head coach of the Panther Wrestling Club. The US Open is in December this year, with the US Olympic Trials next summer, so Thompson will have a different focus since joining the college staff in 2005. A NCAA Champion at Nebraska in 1995, a two-time representative on the United States World Team in 2005 and 2006, and a Bronze Medalist at the World Championship in 2005, Thompson has the experience and knowledge to lead the PWC into the upcoming Olympic year.

Roper also spoke briefly on the training that the current Panthers are going through to become a national champion next spring.

“I’ll brag on Cooper Moore a little bit, that’s what I felt him do this summer,” Roper said to On The Mat. “We started off working out together in June and just the growth he’s made, I feel like that’s the way he’s training right now, he’s training like a national champ.”

You can hear the entire interview with Coach Roper on the On The Mat Podcast, brought to you by The Mat Talk Podcast Network, by clicking on this link. You can read the full UNI press release by clicking here.