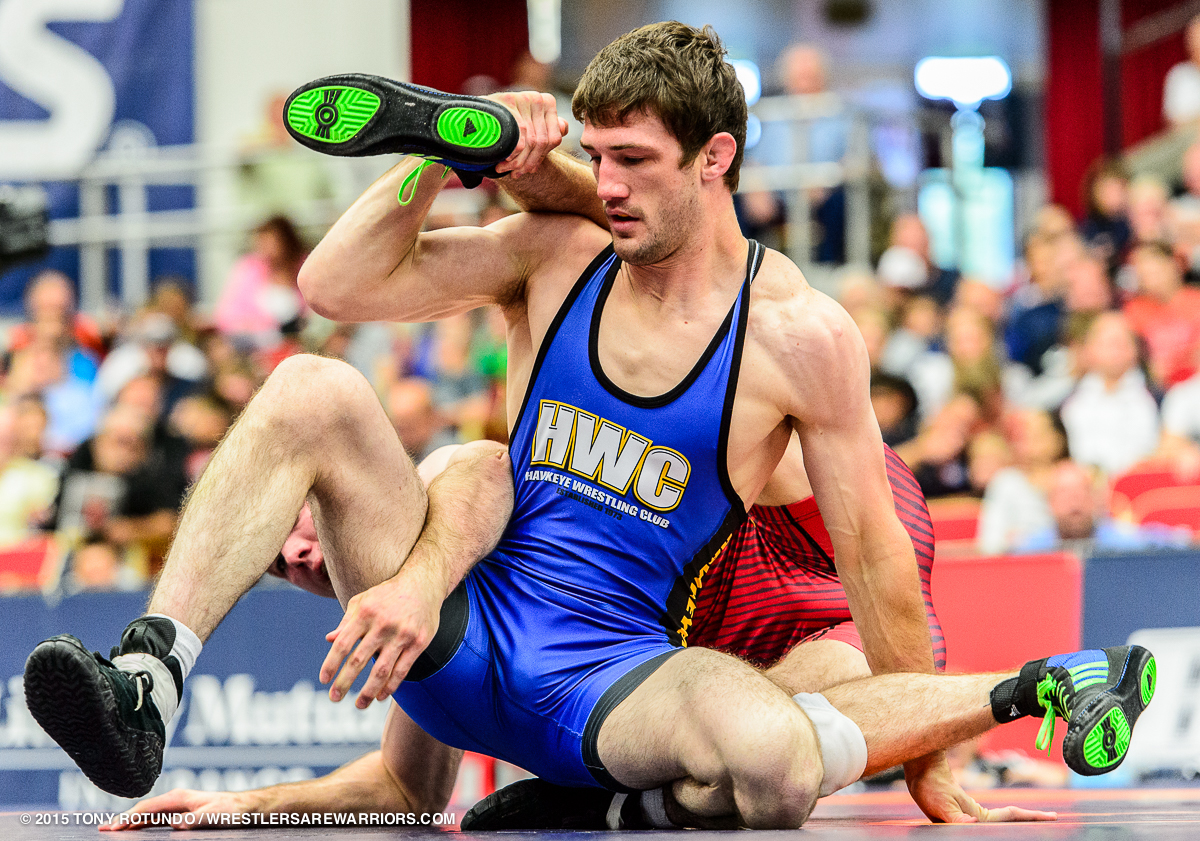 Adding wrestlers from the state of Iowa is starting to become something of regular these days in Blacksburg, Virginia as it was announced that former Hawkeye assistant coach Mike Zadick and Derek St. John would be joining the Hokies. Both hires are currently just pending paperwork. The news came to us per Jason Bryant of Mat Talk Online:

Zadick will be joining the Virginia Tech program as an assistant coach, after taking a few years off. Zadick was a star during his time at Iowa earning three All-American honors, and won a Big Ten title in 2002 at 149 pounds. Zadick went on to make four world Teams including the 2008 Olympic squad. Every year Zadick made a World Team he was joined by a fellow Hawkeye winning a silver medal in 2006 the same year his brother Bill won gold. In 2007 and 2008 he was joined by Doug Schwab and in 2010 he made the same team as Brent Metcalf. Zadick also served as coach at Iowa, working as a volunteer assistant from 2004-06 and then again from 2009-10. From 2006-08 he served as the Hawkeyes strength and conditioning coach.

It was also announced that Derek St. John would be joining the Virginia Tech program as Director of Operations. St. John was a four-time NCAA All-American under Iowa coach Tom Brands, the first wrestler to accomplish the feat that was recruited by Brands. St. John then went on to coach at North Dakota State for the 2014-15 season, where he helped Rodger Kish lead the Bison to a Western Wrestling Conference title and helped coach two wrestlers onto the All-American stand.

The Iowa connection at Virginia Tech has now deepened with these additions. Tom Brands wasn’t the first former Hawkeye to land at Virginia Tech, that would be Keith Mourlam back in 1996, but Brands was the one that started the most recent era of building up the Virginia Tech program. Brands took the job back in 2005 and joining him at Virginia Tech were a trio of Iowa native recruits Joey Slaton, Dan LeClere, and Jay Borschel. After Brands came home to take the Hawkeye head coaching position the Hokies then tapped another former Hawkeye, Kevin Dresser to lead their program. Dresser also added an Iowan to his roster this past spring when he landed top 100 recruit Dayton Racer of Bettendorf.

We look forward to providing more details as they come available. Jason Bryant’s Inside Virginia Tech podcast is set to have more details with the hires, and we plan on sharing that.