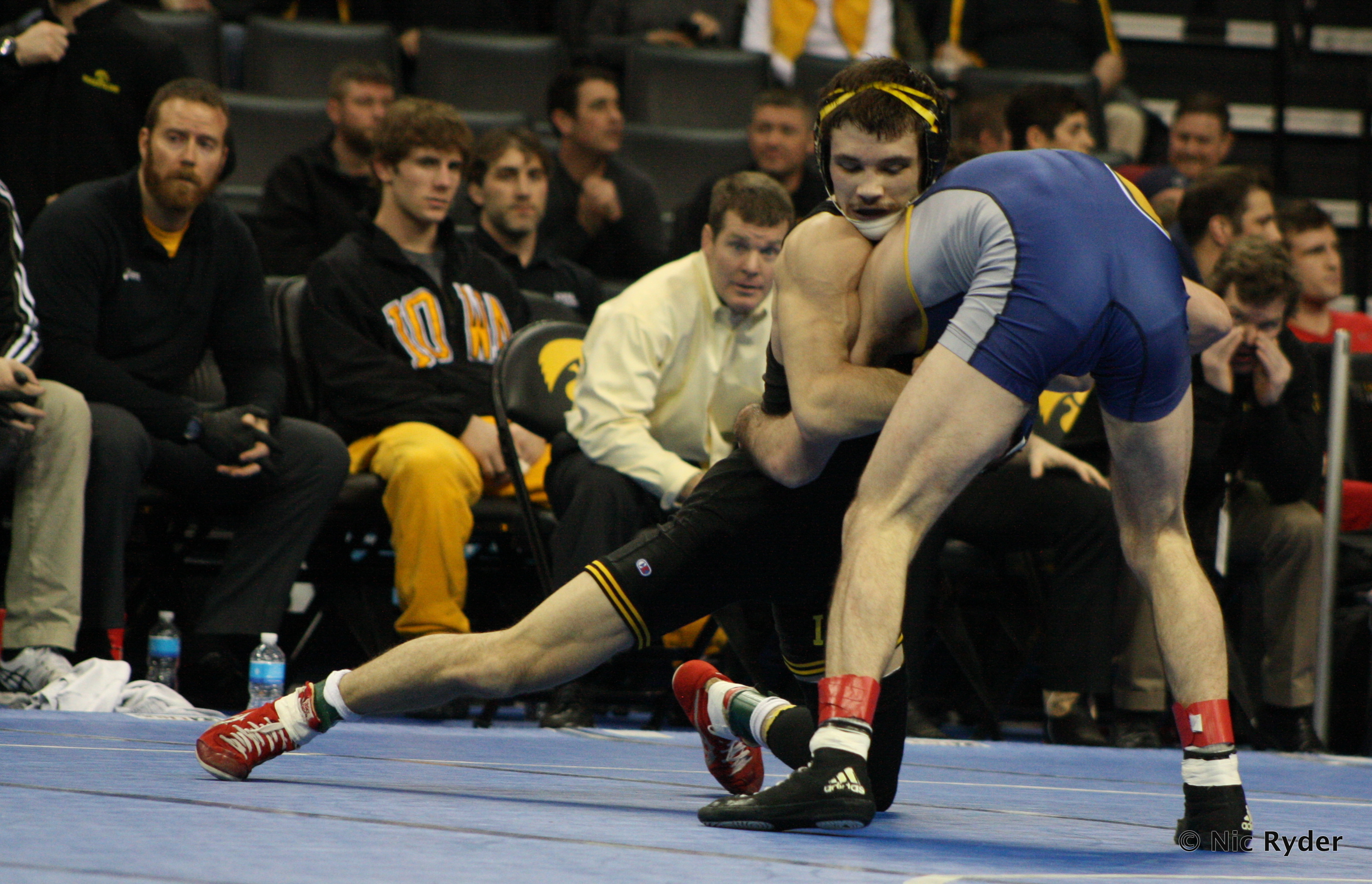 The Iowa Hawkeyes have officially released their schedule for the upcoming season and at first glance there are some very interesting things to point out.

First we have the obvious 11-14-15 dual vs Oklahoma State which has been dubbed Grapple on the Gridiron and it will take place inside Kinnick Stadium. Plenty of details on that came out earlier, and you can read our release here.

That means this year the Iowa City Duals will not be the home opener for Iowa, but as long as the weather cooperates for the aforementioned outdoor dual, it will still be the debut of the team inside Carver-Hawkeye Arena. Making a return to the Duals is Cornell College and Iowa Central Community College, and new to the list is Grand Canyon and Maryland. Maryland definitely beefs the competition of the duals up, which is something that Hawkeye fans have hoped for the last few seasons.

Iowa will then go on the road to face instate rival Iowa State in Ames for their annual dual. Iowa has won an astounding 11 straight against the Cyclones, and Brands will look to remain perfect against them on their home mat.

Iowa then gets two duals at home, first against South Dakota State, and then a week later getting their conference opener against Rutgers. South Dakota State if you recall, recently added former Hawkeye Seth Gross to the program.

Iowa will once again be attending the Midlands, and then spend the next three weekends on the road against Illinois, Northwestern, and Wisconsin, before returning home to face Purdue. They then travel to Nebraska, have Minnesota at home, and end the year with Indiana at home.

Looking over the Big Ten schedule, Iowa should be able to compete for a Regular season dual title, as they miss the big one’s (Ohio State and Penn State) and get a very young Minnesota team at home. Both Nebraska and Illinois should feature tough squads once again.

Finishing off the schedule it appears Iowa will once again compete at the National Duals, though specifics on that have not yet been released – only the date. Last year Iowa hosted the National Duals in Carver.

Big Ten’s are back in Iowa City, which should be another reason fans swoop up season tickets for the coming year. NCAA’s will be in New York City.