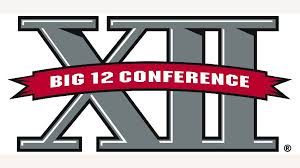 Earlier this year (in May) I discussed the possibility that the Big XII and the Western Wrestling Conference (more commonly referred to as the WWC) were working toward a merger for wrestling. The teams in the WWC would be added to the Big XII in an affiliate status, and will join a conference with wrestling powers Iowa State, Oklahoma, and Oklahoma State, and the fast rising West Virginia. Yesterday, the conference made it official.

On the whole this makes things better for the Big XII more than it does for the WWC. In 2015, each of the Big XII teams finished in the top 20, scored over 20 team points, and had two top ten dual teams. Contrasted with the WWC teams, who didn’t have a single team score 20 points – actually five failed to score ten points – and only two of the teams were ranked in the top 20 of dual teams.

That’s not to say the WWC doesn’t have any good teams. North Dakota State is a rising program, and should be the toughest challenge out of the gate for Big XII teams. Wyoming was the other top 20 dual team from a year ago, and should also field a tough squad for the coming season. Northern Colorado is coached by former Cyclone assistant coach Troy Nickerson, who has made huge strides to that program. South Dakota State is also coached by a pair of former Cyclones in Chris Bono and Jon Reader. Utah Valley State is looking to build their program, adding two former Iowa wrestlers in Ethen and Luke Lofthouse the past two seasons. The Air Force program has also typically fielded it’s share of solid wrestlers over the past few years.

The best news out of all this is that Big XII commissioner, Bob Bowlsby expressed his concerns this Spring about getting a deal done for the upcoming season, but according to the press release this will go into effect starting with the 2016 championships.