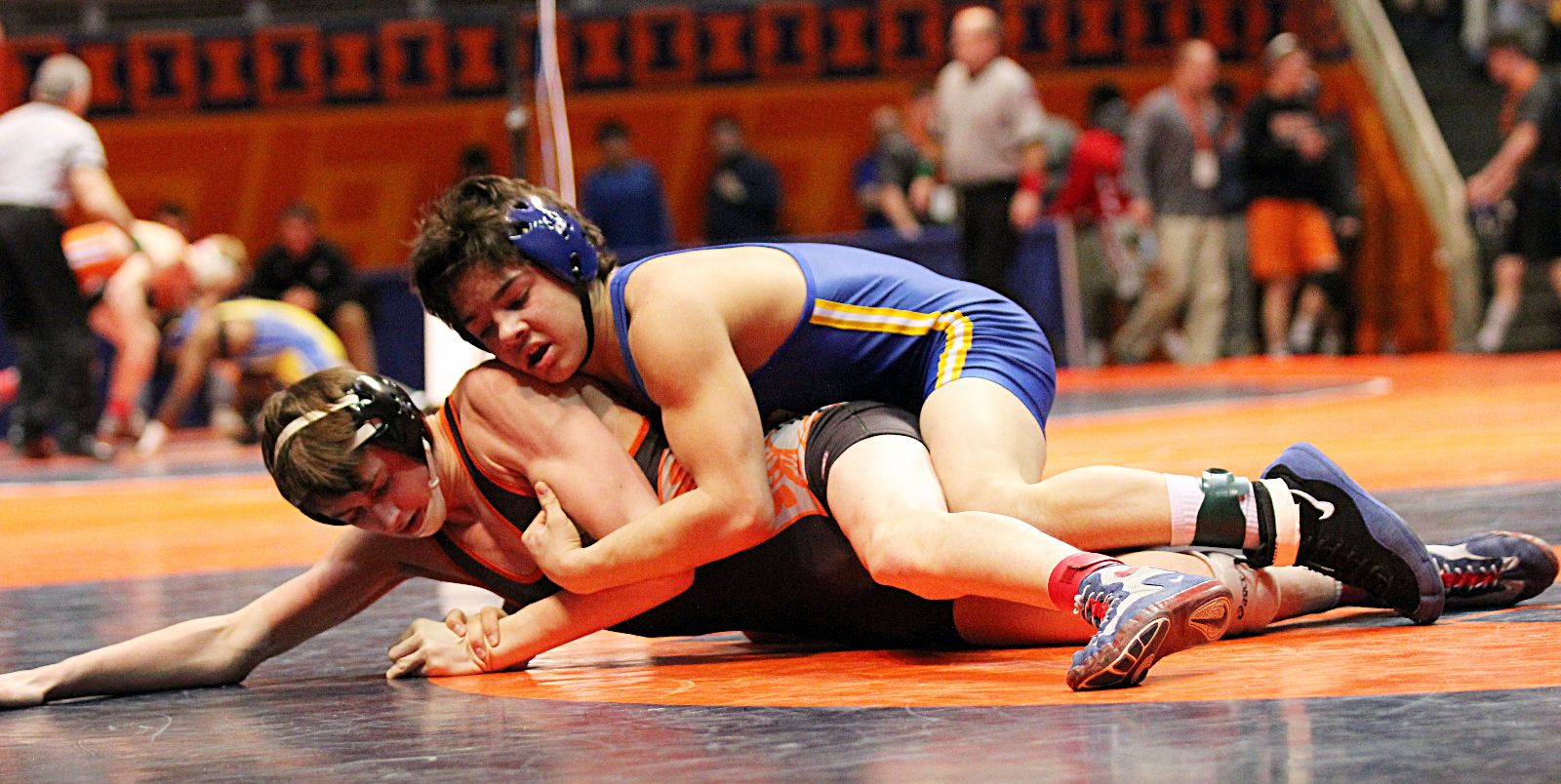 BIG NEWS out of Cedar Falls as Doug Schwab continues to build momentum by adding the nationally ranked Rudy Yates out of Carl Sandburg high school. This commitment is a big deal for the Panthers, as they are coming off a top four recruiting class in the 2015 year (almost a top three actually) and the Train doesn’t appear to be slowing down anytime soon. Yates is currently the #3 ranked wrestler at 126 pounds by InterMat, and is #16 overall in their 2015 class rankings.

Yates really shot up the rankings this past year when he took out one of the top wrestlers in his weight class, Kris Williams. Yates first defeated Williams for the 3A regional title 3-1, which kept Yates perfect season intact. Williams was considered a top 50 prospect in the 2015 class and committed to wrestle for the University of Nebraska. A few weeks later in the state finals, Yates came out on top against Williams once again, this time widening the margin to 7-2.

Yates will project as a 125/133 pound wrestler for UNI, but will most likely end up at 125. With 125 in mind, he is in an ideal situation to replace the Panthers current 125 pound wrestler All-American Dylan Peters once he graduates.

This is also coming off the announcement that just last week UNI added former South Dakota State heavyweight JJ Everard via transfer. Everard stated that the momentum that Schwab was taking the UNI program was a big reason for him choosing Cedar Falls to continue his college career, and it’s obvious the success UNI is having wasn’t lost on Yates either.