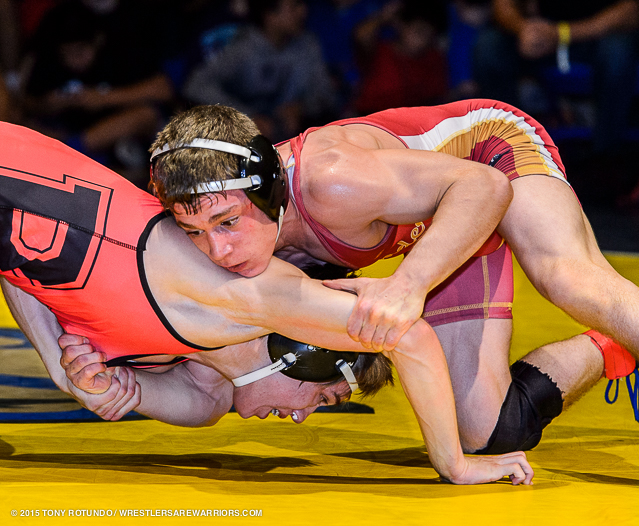 It’s been no secret that the Hawkeyes were loading up to try and land a big haul in the 2016 recruiting class. Obviously it’s already paying dividends, as the Hawkeyes have landed the #3 ranked Alex Marinelli, and an additional top 50 recruit Kaleb Young, all before the first official contact period can begin.

Not only does the 2016 recruiting class look exceptionally talented on paper, Iowa’s plan to load up on this year was actually by force, not by choice. In an interview with Des Moines Register’s Chad Leistikow, Brands talked about the upcoming recruiting class, “Ryan Morningstar is doing a great job. You’ll see his work with the recruiting with this next class. We’ve already got some commitments with these gonna-be seniors. Last year we didn’t have a lot of money, but we signed a lot of good Iowa kids. That’s important. This coming year is a big year recruiting, and you’re going to see some good things.”

Of course you will notice how Brands specifically mentions assistant wrestling coach Ryan Morningstar as being a big influence on the 2016 class, something that a few of the recruits have already mentioned in their interviews with us. While the status of the Brands brothers is a known quantity in terms of their coaching talent, Morningstar’s presence as a coach is just scratching the surface, but we have already seen his influence swaying some recruits early (see Alex Marinelli).

So now it appears that Iowa has made the list for New Jersey’s Nick Suriano. Listed as InterMat’s #2 recruit for the upcoming year, Suriano listed Iowa, Penn State, and Nebraska as his top three college choices.

From the interview on NorthJersey.com, “I think I will know where I’m going by the end of July,” Suriano said. “Or at least I will be very close to my decision. Right now, I swear I am not leaning anywhere. I have to balance it out and think it through.”

Right now, Suriano is an undefeated three-time state champion for the Bergen Catholic team. After winning a state title at 120 pounds this past season, Suriano is just one year away from joining Anthony Ashnault as the only wrestlers in state history to go four straight years undefeated.

Also from the North Jersey article, this quote stood out: “So far this off-season, Suriano has mostly stayed away from wrestling clubs and drills he can do in his sleep (no truth to the rumor that he actually does them in his sleep). Instead he is spending time wrestling, finding older, stronger training partners he can “fight” (his word) for 90 minutes. And he’s thrown in some boxing too.”

What stands out is that is that Suriano is already accustomed to seeking out older competition to learn from, and with World Championship and Olympic aspirations a part of his lofty goals, one would think that Iowa stands in a very good positioning to land the New Jersey prep.

Iowa is home to the Hawkeye Wrestling Club, which is filled with wrestlers who are past Hawkeyes that have stuck around the program to train full-time for World and Olympic titles. For a wrestler who already seeks the challenge of going toe-to-toe with more experienced opponents, what better opportunity to come to Iowa City and train with two-time World Team wrestler Tony Ramos, who has never lost a freestyle match to an American wrestler since graduating.

Not only does Ramos stand out as an attractive freestyle compliment, but so does Terry Brands. For all that remember it was Terry that served as the coach for Henry Cejudo, the last American to not only win a senior level medal, but also an Olympic medal among lightweights. Brands, who’s connection with the Olympic Training Center still runs deep from his days as coach there, was also named freestyle coach of the year for 2014.

Finally, and not to drag out all the positives of Iowa, but training with 2014 University World bronze medalist Matt McDonough, and 2014 Junior World bronze medalist Thomas Gilman would probably be viewed as another check in Iowa’s column. Both wrestlers compete at what would be the expected weight class for Suriano, which is 125 pounds or 57 kg for future International competition.

While I wouldn’t consider Iowa a lock to land Suriano, I do think that Iowa’s chances at landing him remain as one of the best landing spots. This is based not only off of his comments of having dreams of wrestling beyond college, which was shown how Iowa can offer plenty of opportunities to increase his freestyle skills, but also because of his style in general. For one, Suriano was given Flowerstling’s Best Gas Tank award and was also a part of the 2014-15 Performance of the Year when he wrestled Daton Fix for over 30 minutes in an unlimited overtime match. I can think of one school that regularly is regarded for their wrestlers’ superior conditioning.

With Iowa making it known that this is a year they plan to have a big year in recruiting, and Suriano’s goals plus his style of wrestling, seems like a perfect fit for the Hawkeyes. At this point, we just have to wait to see where the chips fall.