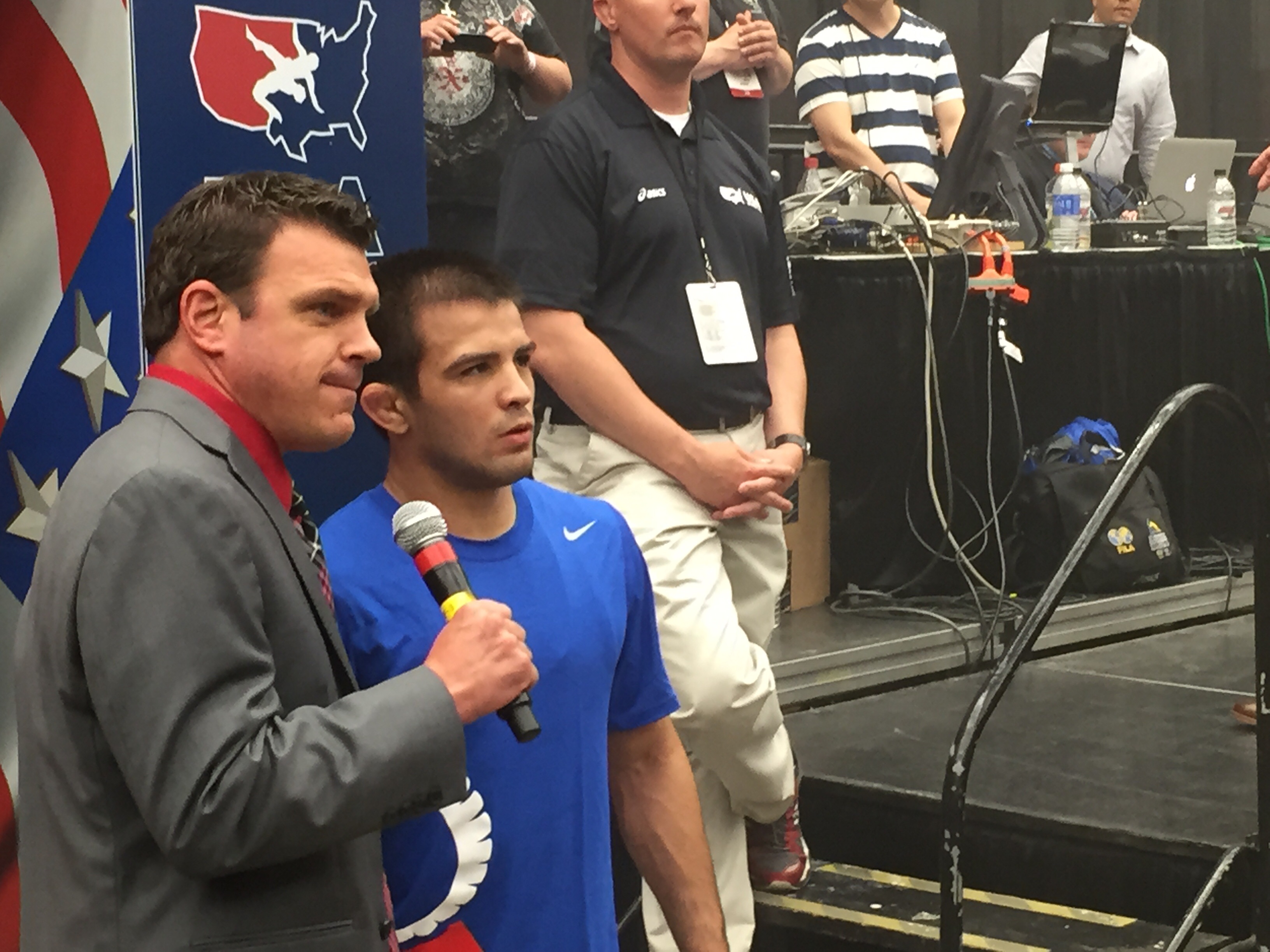 Iowa placed two wrestlers in tonight’s finals, and both of them competed at the 57 kg weight class. Hawkeye Wrestling Club’s Tony Ramos and Panther Wrestling Club’s Joe Colon met up in what was one of the most anticipated finals matchups. Their previous meeting in Las Vegas resulted in a 6-4 win by Ramos, and the Hawkeye would extend his streak to three matches over Colon. The win means that Ramos will make his second straight World Team, and he will represent the United States at the Championships in Las Vegas.

The second match had a similar start to the first match, as Ramos got the first lead on a one point score when Colon didn’t score on the shot clock. Colon picked up his first point in the finals with a pushout with :08 left to tie it, 1-1. With 1:45 left Ramos was put on the shot clock and he immediately got in on a score which put him up 3-1. With Ramos in on a shot late, Colon was close to gaining exposure, though it was never called. Colon’s coach Schwab challenged the call, but the call stood and Ramos prevailed 3-1.

“Nobody in America has beaten me. Nobody yet.” Ramos said in his interview after his victory. “People might call it cocky. You know I am confident in myself. I am going to be in Vegas and I am going to win a medal and if they don’t want to cheer for me I don’t care.”

One thought on “Ramos Earns Spot on Second World Team”