Angel Escobedo wants to get back on top 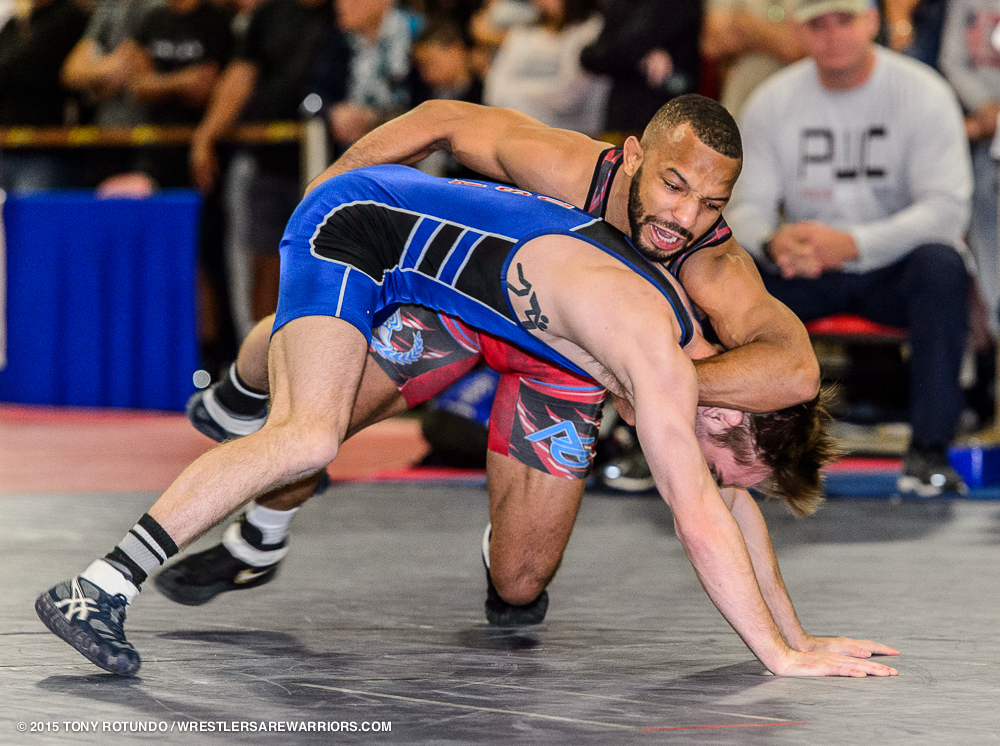 Angel Escobedo has done a lot of winning in his career, and in 2015 his plan is simple: Get back on the World Team.

It’s true that Escobedo has won a lot so far in his career. In high school he was a four-time Indiana state champion, as well as a Cadet National champion. In college he won a NCAA title as a sophomore, one year after he won the Junior World Team Trials. Following his prestigious college career at Indiana University he won the University Team Trials in 2010, and has already wrestled for Team USA at the 2013 World Championships.

Escobedo looked to get back on top of his weight this past month at the U. S. Open, but after having to injury default in the seventh place match, it obviously wasn’t the tournament he wanted to have, “I didn’t compete to my ability and I didn’t force my style in my matches. I like to be very offensive and both matches I lost I didn’t give myself enough scoring opportunities to win the matches.” Escobedo told me.

After placing outside the top five, it left Escobedo with two choices qualify for the World Team Trials: win the Northern Plains Regional, or be at the mercy of Team USA’s Wildcard committee, “I hurt my shoulder a little first match at the Open and wasn’t able to wrestle for 7th and 8th. I did plan on attending Northern Plains if I was healthy, but by Wednesday of that week, it still wasn’t fully recovered.  I knew I would be one of the top candidates for the wildcard so I went that route.”

The gamble paid off for the Cyclone assistant coach, who was in fact Team USA’s selection for the 57 kg Wildcard for the Trials in Madison, Wisconsin later this week.

Back in 2013, Escobedo finished runner-up at the Trials, but in the end was the representative for USA at the World Championships. There he would take fifth place, just one match shy of bringing home the first American medal at the lightest weight class since Henry Cejudo won gold in Beijing.

When I asked Escobedo what he needs to do to get back to being USA’s top lightweight he said, “Wrestling an offensive style and always looking to score in every position. At the Open, I didn’t put myself in enough wrestling positions to score points. I didn’t win the hand fight and didn’t get to my control ties. I know that once I get back to wrestling my matches, I will be back on top.”

After falling to eventual 2014 World Team member Tony Ramos in last year’s Trials, Escobedo decided to take an opportunity to move to Ames, Iowa and join both the Cyclone Wrestling Club and the Iowa State wrestling staff.

“It was a great experience and it opened my eyes to being a coach. I wasn’t too sold on whether I wanted to be [a coach] or not, but after this season I do see [it] as something I want to continue to do. I still have a lot to learn, but I am surrounded by a great staff who help me on a daily basis. Coaching is a very demanding job though and I would like to give a huge shout-out to all the coaches out there. “

Joining the staff has given Escobedo a new set of training partners to work with, “Earl Hall is a great workout partner to have and we pretty much wrestle every day. I also wrestle with John Meeks on a daily basis.”

Just like his coach, Hall is a former Junior World Team member and recent University National champion, while Meeks is a former top recruit in the nation. Together they form quite a pair to work out with.

This year USA Wrestling decided to constrict the Trials field down to just eight wrestler at 57 kg, something that Escobedo views as an advantage over prior years, “I think it is a good thing, It helps the guy coming out of the mini-tournament to have less matches heading to the best of three [finals]. In the past, guys would almost wrestle five matches, and then wrestle the best of three series. I think they felt like [the challenge tournament winner] probably isn’t competing at his highest level because of fatigue.”

With a smaller field Escobedo still doesn’t plan on adapting his style to fit each individual opponent, rather he will try and force his style onto them, “I like to wrestle my own style more than game plan for specific people, but I don’t go into a match blind. I still like to know their strengths and weaknesses.”

So as we have pointed out in the last week with the interviews of Ramos, McDonough, and Colon, this 57 kg weight class has a wide open feel to it. When you have four guys from the state of Iowa alone that can produce on a World level, it doesn’t matter who comes out of this bracket, USA should have a quality wrestler representing us in Vegas at the World Tournament.

2 thoughts on “Angel Escobedo wants to get back on top”