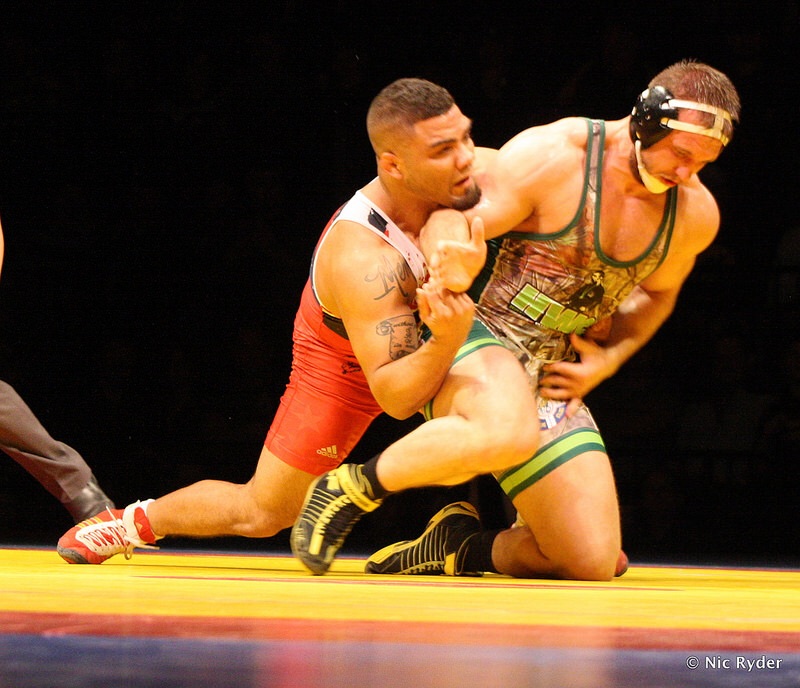 Quarterfinals matches always have a funny way of being one of the most exciting rounds at any given tournament. Usually its the round where you get awesome matchups because seeds aren’t always perfect and that definitely was the case as Hawkeye fans saw Matt McDonough lose a surprise match to Andrew Hochstrasser in the quarterfinals after many believed he was the best wrestler to come out of that side of the bracket. Despite being a savvy veteran, Dan Dennis was the underdog in his match against Joey McKenna, and he showed up and took out the reigning World Junior silver medalist to make the semifinals.

Brent Metcalf was typical Brent Metcalf on the way to his win over Chase Pami and Deron Winn continued to be a tough guy at 86 kg by beating the University World medalist Chris Perry.