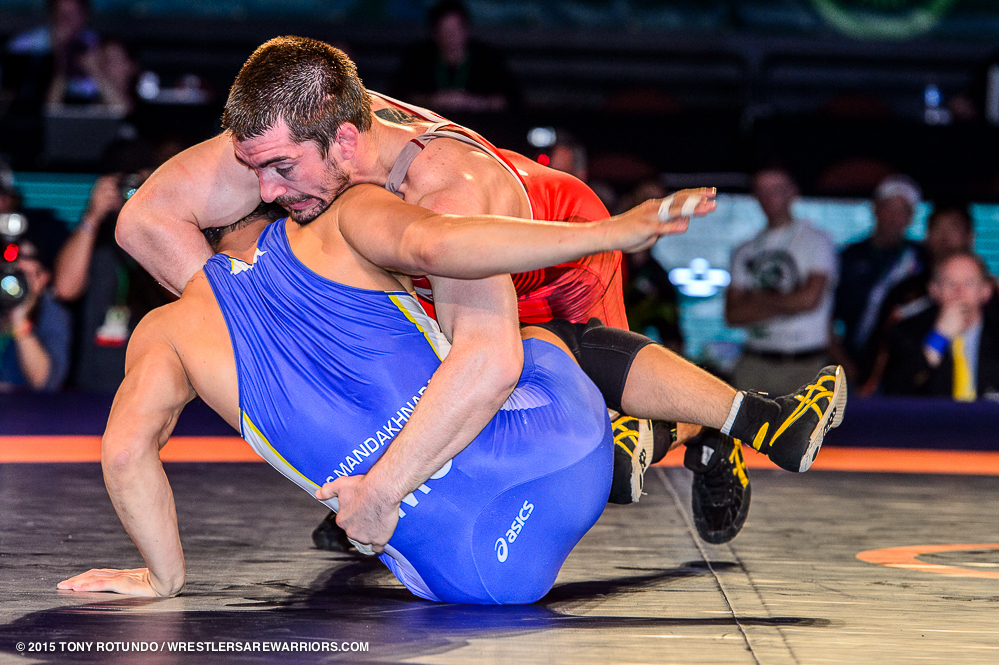 The U.S. Open is finally almost here, but United World Wrestling has released new World Rankings and for USA wrestlers it means a few changes after the team’s runner-up finish at the World Cup. Three wrestlers who wrestled for an Iowa school made UWW’s rankings and leading all Iowans was Brent Metcalf.

After shutting out competition for the second straight year at the World Cup, Metcalf has moved from the top eight in the world to now #5 at 65 kg. One of the reasons was Metcalf’s win over Ganzorig Mandakhnaran of Mongolia (who happens to be a two-time World medalist). Metcalf has certainly been wrestling well of late, and this will be a key weekend at the Open as winning the title will earn him the automatic bye to the World Team Trials best of three finals. His competition will be tough as #19 ranked Jordan Oliver will be his main competition. #18 ranked Aaron Pico was initially thought to be going in the Senior division, but earlier this week we saw the teenager’s name show up in the Junior division. Metcalf is 3-0 in his last three meetings with his fellow countrymen Oliver and Pico.

Tony Ramos moves up the rankings at 57 kg, moving from #18 to #13, he too will face some real tough competition at the Open. Though Ramos is the only American ranked in the World, #2 nationally ranked Matt McDonough could be a real challenger to Ramos and no wrestler has repeated at USA’s lightest weight since Cejudo accomplished the feat back in 2008. Ramos has shown tremendous growth since he has transitioned to freestyle full-time, and he still should be the guy to beat.

Jake Varner moves back into the 97 kg rankings at #18. Varner had a pretty solid World Cup as well, which is reflected in his return to the World rankings. Unlike Metcalf and Ramos, Varner will be the heavy favorite to repeat at his weight at the Open this weekend, though there will still be some tough competition.

USA’s top ranked wrestler is two-time World Champion and Olympic gold medalist Jordan Burroughs, who is ranked #2 at 74 kg. He is joined at that weight by Oklahoma State wrestler Tyler Caldwell who debuts on the list at #18.

A trio of wrestlers are ranked at 70 kg and they are led by World Team member Nick Marable at #11. After making his comeback at the Dave Schultz International, Dustin Schlatter put together a dominant Pan-Am championships winning gold and is now up to #15 on the list. Newly appointed Bucknell assistant Kevin LeValley is ranked #18.

Ed Ruth had a fantastic match against Cuba’s #3 ranked Reineris Salas Perez at the World Cup, but an injury held him back from wrecking further havoc at the Cup. The only American ranked at 86 kg is #15 Clayton Foster, who has dropped from where he was in the last ranking (#10).

One thought on “Metcalf Moves to #5 in Lastest World Rankings”