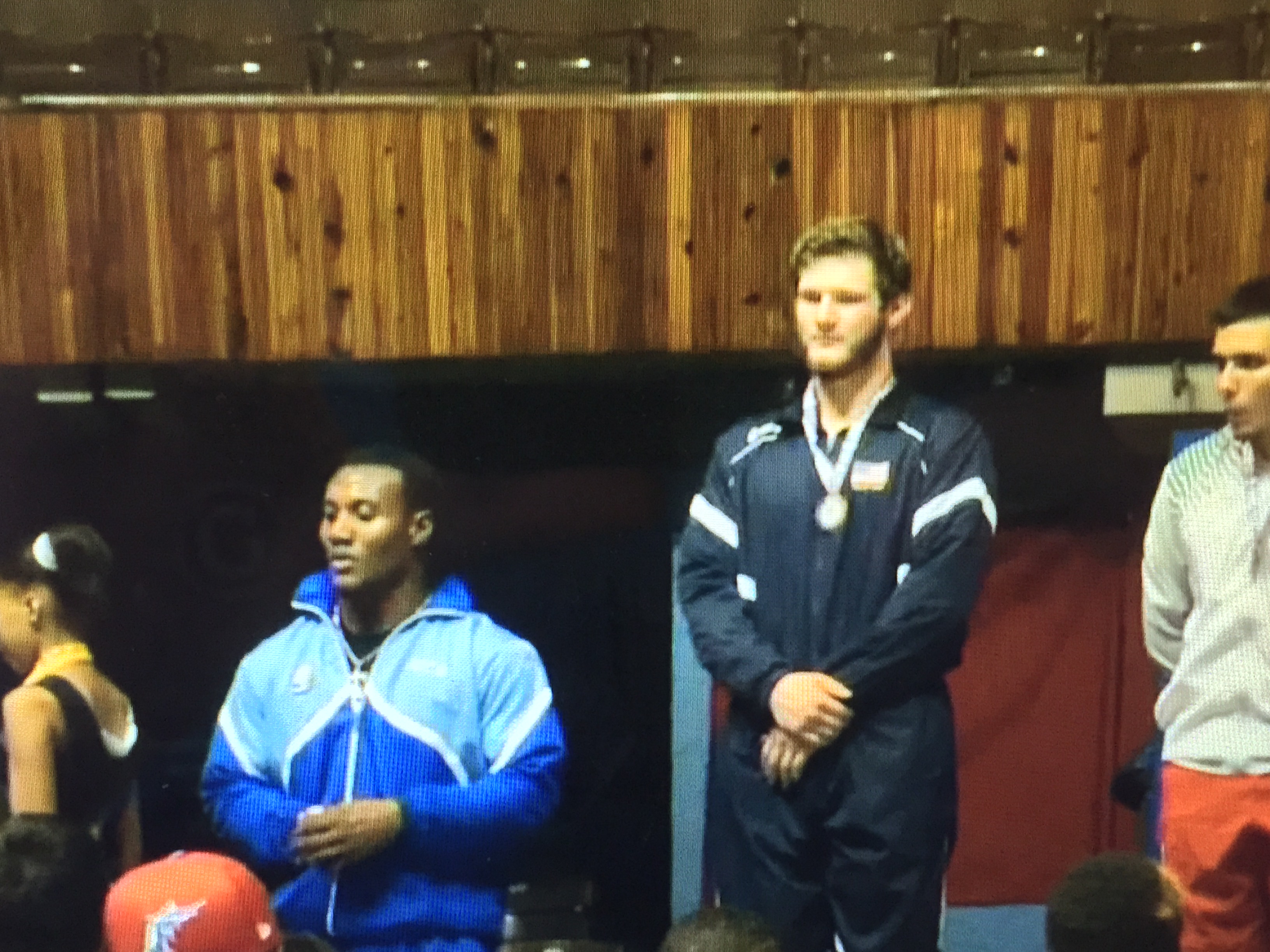 The Greco-Roman portion of the Junior Pan-American Championships took place today, and Team USA put up a dominant performance bringing home six medals, including Iowa’s own Ethan Andersen earning some hardware in his bronze medal match.

Things didn’t exactly get off to the start that the Southeast Polk state champion was hoping for as Castillo of Honduras picked up a fall over the American leaving his chances for a medal at the same odds of a coin flip. Castillo was able to win his semifinal, which pulled Andersen back into the repechage against Brazil. His second match of the week started a little rough as well as he gave up two and four point moves all within the first 45 second to trail 6-0. Andersen kept working and hit a four point move throwing his opponent near the edge of the mat to close the gap 6-4.

Brazil then challenged the throw, but Andersen started his motion in-bounds so the call was upheld and Andersen picked up his fifth point with his opponent losing the challenge. Trailing by just one point Andersen then hit one more throw and this time it was all he would need putting his Brazilian opponent flat on his back for the fall and what was the sixth American to medal at the competition.

The only wrestler to not wrestle in a medal today was Gavin Tesdale at 50 kg, who was eliminated in his first round match, and was not pulled back in when his opponent lost in the semifinals.

Women’s freestyle will take place tomorrow, and the men will get back underway Friday starting at 10 a.m. for their freestyle portion of the tournament.