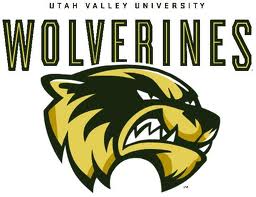 After finishing his third season as the University of Iowa’s strength and conditioning coach, former Hawkeye All-American Luke Lofthouse has decided to leave the program to take a position in his home state at Utah Valley University. A native of Avon, Utah Lofthouse will be joining his nephew Ethen who took a job at Utah Valley last spring.

Lofthouse was a 197 pound NCAA All-American under head coach Tom Brands back in 2011 for the Hawkeyes taking 5th. Luke then joined the Hawkeye Wrestling Club before later joining the coaching staff. Lofthouse was also a Big Ten runner-up and earned the team’s most dedicated wrestler in the 2011 season.

The move West will see Lofthouse occupy a position that his nephew once held, but Ethen has since been promoted. The Lofthouse family dynamic is a unique one, as Luke was able to coach Ethen for part of his career. Now, Luke will have the opportunity to coach his second nephew as Raider Lofthouse completing his true freshman season for the Wolverines at 157 this past season.