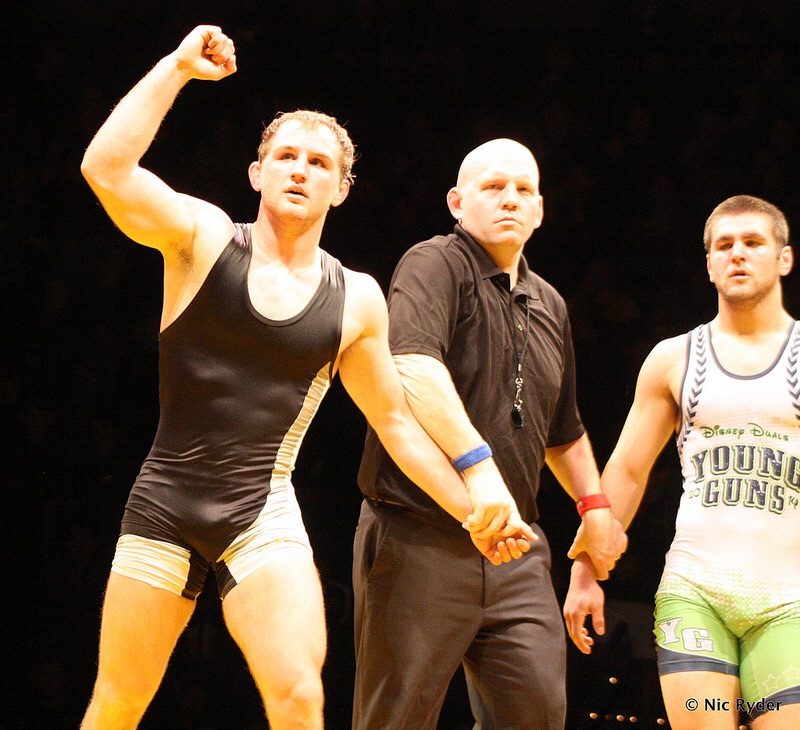 St. Paris Graham wrestler and future Iowa Hawkeye Alex “The Bull” Marinelli has been named Ohio’s Wrestler of the Year by Josh Lowe of InterMat. The award does not recognize just the Ohio State tournament, but rather the wrestler’s entire body of work over the past year, including preseason tournaments.

Marinelli has plenty of accomplishments that he added to already impressive resume starting at the Super 32 tournament this past November. There Marinelli picked up up a win over top 100 senior and Maryland commit Josh Ugalde 10-4 before facing Fox Baldwin in the finals. Baldwin would get the better of Marinelli, but his loss in the Super 32 finals would be the only one of the 2014-15 season.

Later Marinelli’s high school team traveled to Walsh Jesuit for the Ironman tournament, where after finishing runner-up at 152 the previous two seasons, the junior captured his first title. He defeated top 100 senior and Old Dominion commit Ben Schram 5-3 in the quarterfinals to setup a semifinal with a top 20 junior Chris Weiler. Weiler, who has already made his commitment to Lehigh, fell 7-5 to Marinelli in a tight match. In the finals Marinelli needed sudden victory, but he picked up his first ever title over Cadet World champion and then #1 ranked Mason Manville.

Never known to back down from any challenge, Marinelli then headed to Cedar Rapids, Iowa to AGON V where this past weekend he took #2 Josh Shields of Franklin Regional, Pennsylvania to defend his #1 ranking. Focusing primarily on folkstyle, Marinelli did more than impress when he beat Shields 9-4 in freestyle.

Coming into 2014 Marinelli was already considered at top 10 2016 recruits, but with wins now over the former #2 Mason Manville, along with wins over Schram, Weiler, and Shields look for The Bull to move up the rankings among his peers.

2 thoughts on “Alex Marinelli named Ohio Wrestler of the Year”