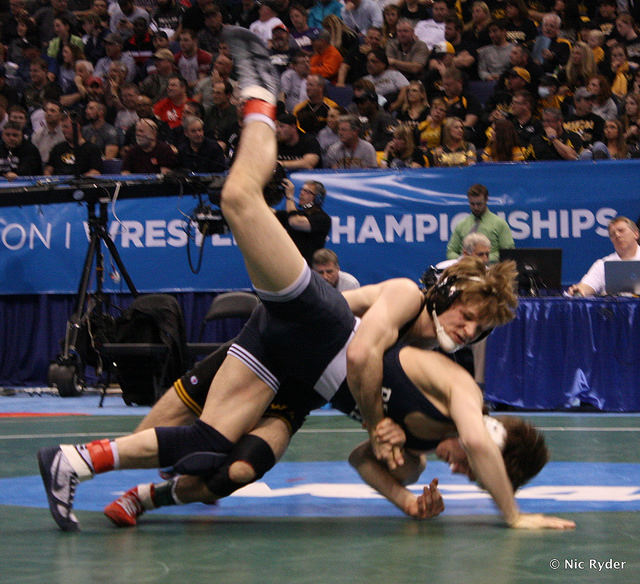 Iowa’s Cory Clark took the mat against Oklahoma’s Cody Brewer Saturday night ready to wrestle for a National Champion. Unfortunately for the Hawkeye, Brewer was a little bit more ready. He came out right away in the first period on a shot, and while Clark was able to fight off that first one he couldn’t fend off two more in the period. Clark would trail 4-2 going to the 2nd period. “He reverted back. We had guys revert back to old habits. And he reverted back to not setting guys up, and that’s not where he’s best.” Iowa Head Coach Tom Brands said of his 133 pounder. “Even if you give up that first takedown, the way you come off the bottom, get back in it with your good stuff.