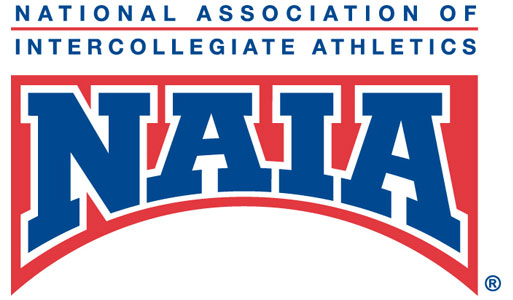 The returning NAIA champions Grand View find themselves in familiar territory as they lead the team race with 79.5 points out pacing Great Falls by 15.5 points after wrapping up the first day of competition in Topeka, Kansas. The Grand View Vikings have won three straight NAIA titles and will look to push that record to four this weekend. The Vikings will also crown nine All-Americans before the tournament concludes, including placing half of their qualifiers in the semifinals.

Ryak Finch (125) of advanced to the semifinals yet again, and has done so by winning two of his matches by fall and another by technical fall. Finch will be joined by his teammates Jacob Colon (133), Brandon Wright (141), Dallas Houchins (157), Thomas Moman (174), and Christian Mays (184). Like Finch, Wright and Houchins will be seeking his second straight NAIA finals appearance. Finch leads all Vikings with 14 points, with Colon and Houchins each scoring 10 points in Grand VIew’s strong start to the tournament. Colon faces a tough task as he will have top ranked Michael Ruiz of Great Falls Saturday morning.

Team Scores after the first day:

Three additional Vikings will make their way back to third place in 2014 NAIA runner-up Gustavo Martinez (149), Jimmie Schuessler (165), and Dean Broghammer (285). Schuessler, who finished 3rd a year ago will look to make his way back to the top of the consolation bracket yet again after falling to Carlos Arana (York) in his quarterfinal match. By securing an 8th place finish for Grand View, Martinez will become the first Viking to earn four All-American honors in program history. Schuessler later joined his teammate by winning his consolation match.

Elijah Sullivan (149), Grant Henderson (157), and Jacob Laden (285) each fell a match short of reaching the stand, which would have made Grand View a perfect 12 for 12 in All-Americans.

Morningside college and William Penn both sit inside the top 20 for team race, with 17 and 16 points respectively. Morningside will finish with two All-Americans with Garret Lambrecht (141) and Rulin Pederson (184). William Penn will leave with only one All-American, but Scottie Bonds (141) will wrestle in the semifinals. Bonds and Wright can make the 141 an all Iowa finals for the second straight year. Last season Wright faced off against teammate Martinez in the finals.

The consolation side saw some excitement for other Iowa NAIA schools here in Topeka. Graceland’s Cartland Allen pinned returning champ Bryce Shoemaker of Baker in the last seconds of the third. The freshman would go on to lose to Kodie Cole of Concordia in the all American round.

Waldorf will be without an All-American after the 2015 championships, although Bo Bettinson (125) came within one match of reaching the podium. Bettinson lost his opening round match to James Flint (Lindsey Wilson) by fall. Bettinson responded with back-to-back one point victories to reach the infamous “bloodround”. There he fell to Devane Dodgens (Life) ending his tournament.

Joe Cozart of Lindsey Wilson is currently tearing through his bracket at 157 pounds. Cozart was a former member of the Iowa State wrestling squad, before transferring out of Ames.

Day two in Topeka will resume at 10 am at the Expo Center.