Hawkeyes roll over Chattanooga 44-3 : They head to the National Duals Semi-finals 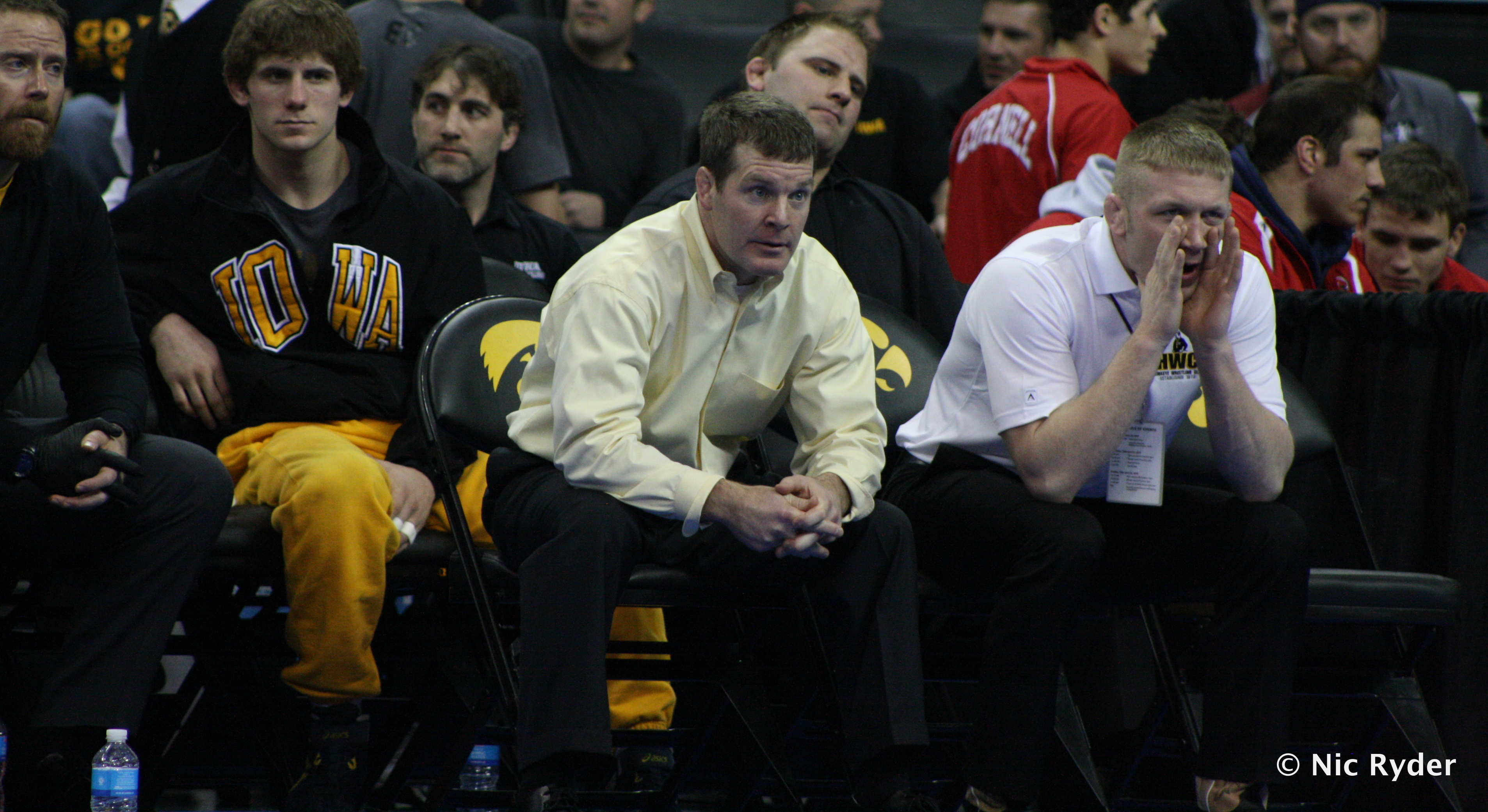 As expected the #1 ranked Iowa Hawkeyes were just too much for the Tennessee-Chattanooga squad in the opening round of the NWCA National Duals, as Iowa put up a big 44-3 victory. Head coach Tom Brands decided not to rest his starters, as some wondered heading into the dual. The Hawkeyes earned bonus wins in six of their matches, including six by fall.

Leading off for the Hawkeyes was #5 Thomas Gilman taking on #10 Sean Boyle. Gilman was in on numerous occasions, but Boyle was able to grab on to Gilman’s leg and force a stalemate several times preventing Gilman from getting a score. With the match tied 1-1 after regulation, things headed to sudden victory. Boyle was the aggressor in sudden victory and was able to get around Gilman for the score to give Chattanooga it’s first and only win.

Up next was All-American Cory Clark who had the other ranked matchup in the quarterfinals, and he defeated #13 Nick Soto by getting an arm bar and flipping Soto over for the 4:15 fall. The win gave Iowa a 6-3 lead.

Senior Josh Dziewa (141) and Brandon Sorensen (149) followed with a decision and technical fall to put Iowa up 14-3. The deciding factor in Dziewa’s match was his first period takedown, which led him to his 3-2 win. Sorensen had no issue getting takedowns as he racked up seven takedown en route to his victory.

Senior Mike Kelly was in a tight match with Austin Sams, but with a 3-1 lead in the second, Kelly got Sams into a front headlock and from there was able to flip him to his back for the second Iowa fall on the afternoon.

Nick Moore wrestled a strange match at 165 where he surrendered the opening takedown, but then came back and was up 4-2 in the second. There he gave up two more takedowns to his opponent Lampe, which knotted the score 6-6. Moore finished the second with a takedown with under :05 to go to retake his match lead 8-6. Moore added another takedown in the third and with riding time won 11-6, but this match was closer than it needed to be.

A pin party broke out between the last three weights as Mike Evans (174), Sammy Brooks (184), and Bobby Telford (285) all earned falls over their Chattanooga opponents.

2 thoughts on “Hawkeyes roll over Chattanooga 44-3 : They head to the National Duals Semi-finals”