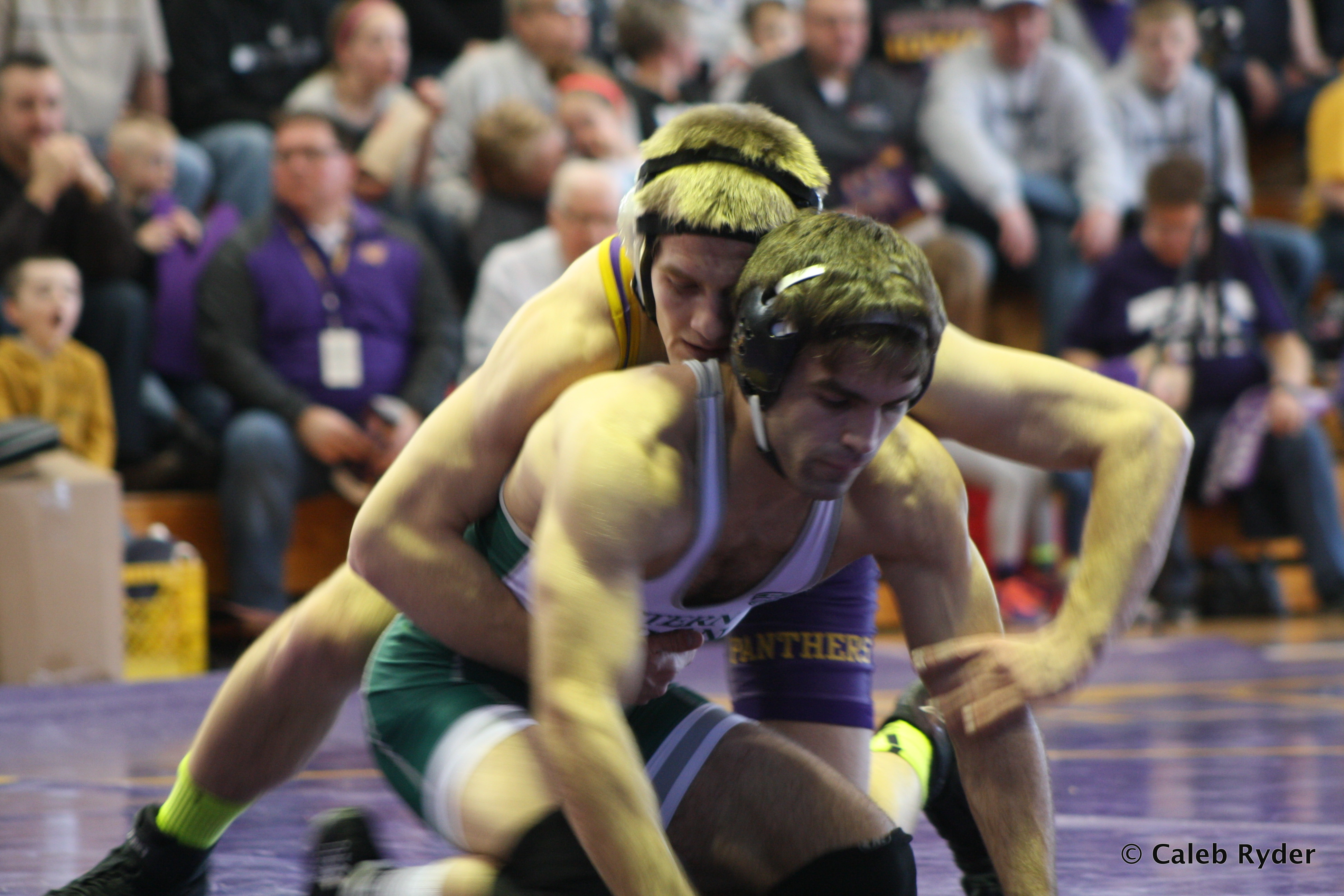 The University of Northern Iowa split it’s road trip to Ohio this weekend, picking up a win over Kent State 21-16 but dropping a close decision to Ohio University, 20-18.

The biggest surprise of the weekend came during the 157 match with Kent State. UNI’s Jarrett Jensen was down 4-2 to #2 Ian Miller after the first period, but put on a very impressive ride in the second period to draw two stalling calls on Miller to close to within one point. Jensen went down to start the third period, and about halfway though the period grabbed Miller’s leg while he was sitting out and managed to turn into him for a reversal and a one point lead. Jensen rode Miller out with another punishing ride to secure the 5-4 win.

Another upset came at 174 pounds, when Curt Maas won 6-1 over #18 Caleb Marsh. Maas frustrated the two-time NCAA qualifier by fending off his shots and scoring on them. Maas only scored on Marsh’s attempts. Marsh was so frustrated with Maas ability to fend off shots that he resorted to some very heavy right hands in the third period, but Maas kept his cool and went on to grab the victory.

The dual started at 125 pounds, where Dylan Peters got the PantherTrain rolling along with a pinfall win over Del Vinas in the second period, but that wasn’t the most impressive thing he did in his match. In the first period Vinas hit a really nice single leg and elevated it to about hip-height before Peters reached down and grabbed Vinas’ ankle. Peters was able to roll through and score the takedown himself and get the early 2-0 lead, before going on to win by pinfall.

#10 Blaize Cabell had his closest match since his battle with Missouri’s Devin Mellon. Cabell put together a 5-3 lead going to the third period and scored an escape point to start, but then got taken down for the first time in the match to hold on to win 7-5. It’s the first time I can remember Cabell being taken down in at least a month.

UNI’s other win came at 165 when #12 Cooper Moore won 7-2 over Tyler Buckwalter. Moore looked as comfortable as he ever as with his elbow injury, but couldn’t score in the final minute of the match to secure a major decision.

UNI also wrestled Ohio University last Friday night, dropping a 20-18 decision to the Bobcats. Unfortunately the dual was not shown anywhere on video, so I don’t have a recap of what happened. Here is a link to UNI’s recap, and here is a link to Ohio’s recap.

The Panthers are next in action this Sunday, when they go on the road for the final time this year against Iowa State. The dual starts at 2PM and will be available on Cyclone TV. We’ll have a full preview later this week!