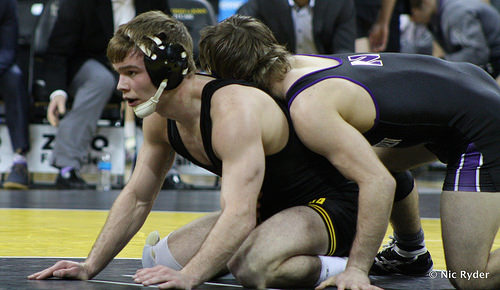 For the second time this season (and this month) Brandon Sorensen has been named the Big Ten wrestler of the week. The Hawkeye freshman recorded a 3-2 TB-2 win over defending NCAA champion Jason Tsirtsis to earn the award.

Previously, Sorensen won the honor for defeating then #5 ranked Hunter Stieber. Since that win, Sorensen has now gone on to upset returning NCAA runner-up Josh Kindig of Oklahoma State and last Friday he snapped a 40 match winning streak for Tsirtsis.

The win has propeled Sorensen to #2 in Intermat’s rankings and #1 in Flowrestling rankings. Sorensen was the last Hawkeye to win the award, with Bobby Telford also earning the award back on December 31st.