UNI Goes on the Road to Central Michigan 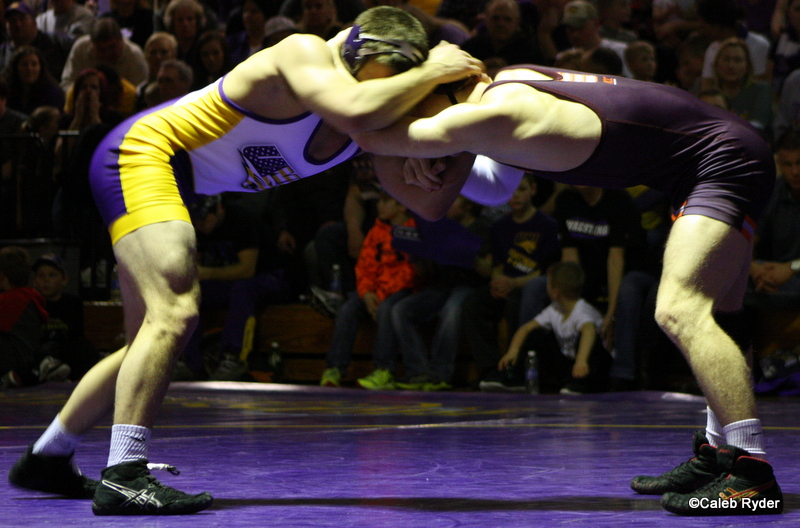 The Panthers start a six dual road trip this Sunday at Central Michigan. Both squads are coming off dual losses to top ten teams; UNI lost to #6 Virginia Tech while CMU lost to #3 Missouri. The loss for UNI (6-4, 3-0) saw the end of a 12 dual home win streak with the loss to the Hokies, while the Chippewas (5-5, 3-1) were on a four dual win streak before their loss to the Tigers.

Both squads have dual wins against Northern Illinois and Buffalo. UNI beat NIU 29-6, and the Panthers beat Buffalo 37-0. CMU beat NIU 21-12 while beating Buffalo 21-10. CMU also has a MAC dual win against Ohio, who they beat 19-14 back in December.

Unfortunately this dual features no top 20 matchups, but it does provide a solid first away dual in 2015. The Panthers have not wrestled an away dual since November 23rd, and with #3 Missouri coming up next Saturday UNI will need to build some confidence going into that dual.

There are some chances for an upset at this match though. The Chippewas have two ranked wrestlers at 141 and 149, with #11 Zach Horan and #15 Colin Heffernan respectively. This will be a good chance for Jake Hodges to bounce back after a 22-7 loss against #3 Devin Carter last Friday night. Hodges has looked good at times, but most of those matches were against weaker opponents. This Sunday he will have the chance to not only hang with but beat a top 11 opponent, who is also the reigning MAC wrestler of the week.

Gunnar Wolfensperger will also be tested at 149. Wolfensperger battled back after going down 4-2 in the first period, but got out done against Virginia Tech’s Sal Mastriani last Friday 7-6. He gets #15 Colin Heffernan on Sunday, but he will have to wrestle without the benefit of the home crowd behind him, something that Wolfensperger has fed off of in the past.

The Panthers have their usual top guys wrestling this weekend as well. At 125 Dylan Peters gets Brent Fleetwood, who had a win over Missouri backup Chase Brennan last week. At 165 #12 Cooper Moore will face off against Jordan Wohlfert or Jordan Atienza. And Blaize Cabell will get a rematch with Adam Robinson. Cabell won by major decision at last years dual.

The only other rematch on the day could be at 197, if Basil Minto gets the nod to go up against Jackson Lewis. Minto has looked better lately and I would expect him to go this weekend. Minto lost last year to Lewis 5-4.

The dual will at 1PM CST on the 25th (Sunday) and will air live on ESPN3. All the rankings used here are from Intermat, while MAC rankings can be found here. The projected lineups can be found below.