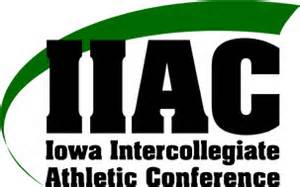 WHEN: Saturday at 9AM

Cowles Fieldhouse will serve as one of two sites for the 2015 Iowa Conference Wrestling Duals on Saturday, Jan. 24. Simpson is hosting three, nationally-ranked programs: Coe (9), Luther (18) and Loras (25).

The duals begin at 9 a.m. when Simpson faces Loras on Mat 1 and Luther takes on Coe on Mat 2. Mat 3 will be used for exhibition matches only.

Buena Vista, Central, Dubuque and Wartburg make the other half of the Iowa Conference Duals, which will take place in Waverly.

Simpson: After a 3-0 showing at the Knox Duals, Simpson improved to 6-6 on the season, the most wins for the program since 2011-12 and tied for the most wins in the past nine seasons … two Simpson wrestlers – Jonathan Melton (149) and Jacob Mize (157) – have made appearances in the D3wrestle.com Individual Rankings as honorable mention picks this season … 174-pounder Brett Roberts is one win shy of reaching 50 for his career, coming into the weekend with a 49-39 record in two-plus seasons.

Loras: Loras boasts the individual with the most wins at today’s duals in senior 157-pounder Steven DeWitt. DeWitt is 22-2 overall and comes into the day riding a 14-match winning streak. Of his 22 wins, 17 have been bonus-point victories … sophomore 141-pounder Nick Steger has yet to taste defeat this season, boasting a perfect 15-0 record.

Luther: Luther has two wrestlers ranked in the NWCA Top 10 in junior 141-pounder Drew Van Anrooy (2nd) and senior 184-pounder Jayden DeVilbiss (3rd) … Van Anrooy will be a match-time decision today, as he has been battling injury … DeVilbiss and senior 133-pounder Evan Obert are two-time national qualifiers. Obert was an All-American with an eighth-place finish in 2013 … Luther’s only conference match was a 24-9 loss to No. 1 Wartburg on Jan. 16.