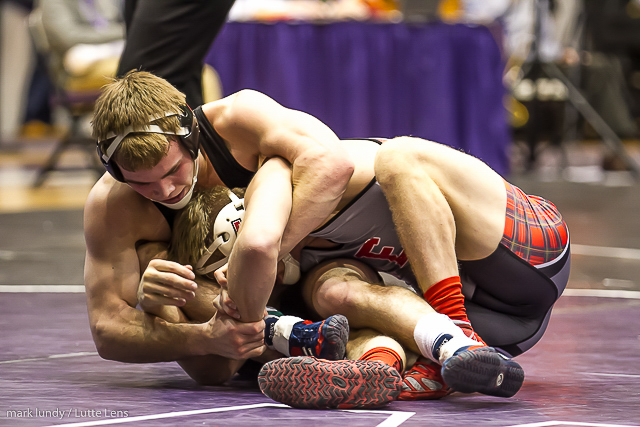 For the second time this season a Univeristy of Iowa wrestler has been named the Big Ten conference’s Wrestler of the Week. Freshman Brandon Sorensen earns the honor this week.

Sorensen earns his honor for helping Iowa defeat Oklahoma State 30-7 in Stillwater, Oklahoma. In that dual Sorensen pulled a 6-1 upset over the returning NCAA runner-up Josh Kindig for his second straight top five win. The win boosted Sorensen up to the #3 ranking, where he stands today as he collects the weekly honor for the first time in his career. The freshman is now 22-2 on the season with his last loss coming to David Habat in the Midlands semifinals.

Senior heavyweight Bobby Telford was the last Iowan to collect the conference honor.

Iowa will host Illinois this Friday in Carver-Hawkeye Arena at 7 PM.