UNI Prepares for Two This Weekend 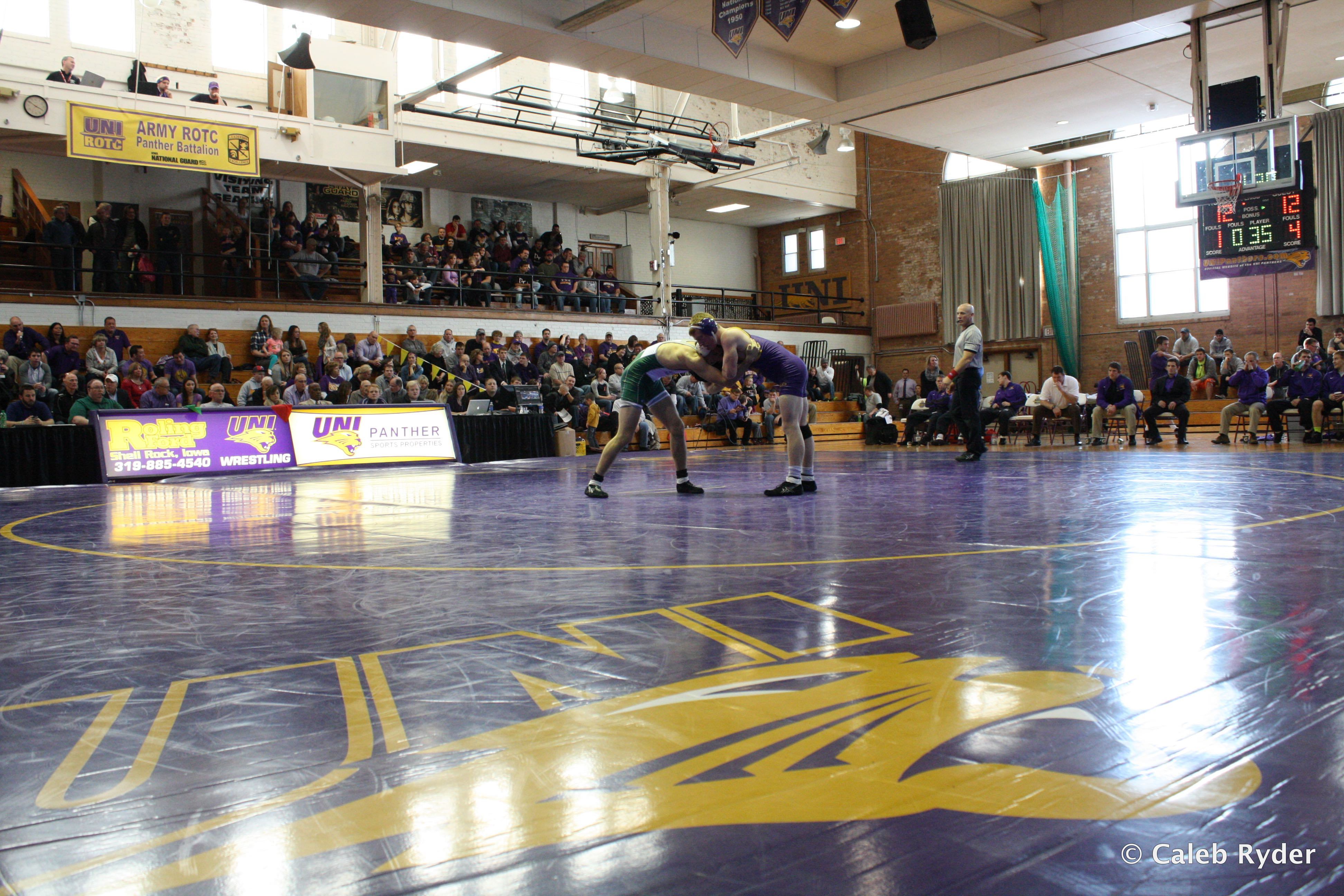 The Panthers look to improve their performance on the mats after a 24-15 dual win over conference foe Easter Michigan. UNI did well in that dual but left some points on the board, especially at the 165-184 weight classes.

“We’ll be better, we’ll be more ready for Friday and Saturday,” Head UNI Coach Doug Schwab said at his weekly press conference on Monday, “We’re going into the third period where it looks like, hey we’re going to get bonus points here. So for whatever reason we weren’t finishing matches, we’ve got to get that taken care of.”

Sunday saw some positives as well. Gunnar Wolfensperger came out in the fourth match of the day to earn a come from behind 8-4 victory. After getting taken down in the first period he did not give up any offensive points the rest of the way.

“I thought Gunnar did a really good job. I know he gave up the first take down, but then he scrambled right out of it,” Schwab said of Wolfensperger, “And then the crowd got up on their feet and got crazy, just because of the effort.”

Jarrett Jensen was the next wrestler for UNI to come out and take advantage of the situation, beating Brandon Zeerip, the 4th ranked wrestler in the MAC and someone who Jensen lost to last year at the MAC tournament, 3-1.

So the Panthers have some momentum going into this weekend, which is exactly what they need because after these two home duals they do not return to the West Gym for a MAC dual until February 20th. They are on the road for five straight duals, including at #5 Missouri January 31st.

The dual on Friday against Northern Illinois should be a victory for the Panthers, and one where some starters could get some rest if they are still not feeling 100 percent. NIU brings in no ranked wrestlers and only one on their squad placed at the Midlands, Shawn Scott at 197 and he took eighth.

The dual against Buffalo on Saturday should be a little more exciting, although not the the top-25 match up that fans might be looking for. Buffalo also travels with no ranked wrestlers, although they have two wrestlers who might just be on the edge of the top 20 at 125 and 141. Buffalo Head Coach John Stutzman knows that he is still rebuilding at Buffalo, and that it will take time for them to see results.

At 125 Buffalo wrestler Max Soria went 1-2 at the Southern Scuffle, beating Pittsburgh’s Jake Gromacki on the first day but advancing to the second day of the tournament. At 141 Jason Estevez beat Matthew Kelly of Army and Penn State’s Michael Walters, going 2-2 at the tournament. Other Buffalo wrestlers to win one match at the Scuffle were 149 pounder Justin Cooksey and 184 pounder Brett Perry.

The dual against Northern Illinois will start at 7PM Friday night, and the dual against Buffalo will start Saturday at 2PM. We’ll have live updates via our Twitter feed and of course will have a complete recap after both duals.

Update: Since posting this article NIU has said that their wrestler at 149 will be Austin Culton, not Gabe Morse. Morse is out with an injury. Buffalo has also sent some different names, the updated lineups are below.

2 thoughts on “UNI Prepares for Two This Weekend”