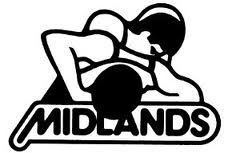 UPDATE: Pre-seeds have been updated and provided from Jason Bryant’s Mattalkonline.com

Today, the pre-seeds for the 52nd Ken Kraft Midlands Tournament were announced. Since these are just pre- seeds it’s important to remember that the order that wrestlers are listed in now can very much change by this time next week

UPDATE: The big story here is that Gilman moves from the second seed up to the #1 seed. It should be interesting to see if Gilman reclaims his title.

Returning Midland champion Thomas Gilman checks in as the #2 seed at this weight and NAIA national champion is the #12 seed. This will be a very interesting weight as three of the top four pre-seeds are All-Americans (except Gilman, who I mentioned won the tournament last year).

UPDATE: Clark drops down a spot as he is jumped by Garnett. It probably won’t be too much of a change as Ryan Taylor moved up a spot as well so his potential quarterfinals opponent remains the same.

This will be the first big test for true freshman Josh Alber of UNI this weekend and he will be coming into a weight class that features two wrestlers who were preseason ranked #1 and #2 (AJ Schopp and Mason Beckman), a former All-American and Midland runner-up last year Jarrod Garnett. Then there is the #2 seed Cory Clark who was an All-American at 125 for Iowa last year, and former Hawkeye Tyler Clark in the mix as well.

UPDATE: Looks like Durso has bumped so Dziewa moves from #4 to #3 which is a big deal. Sure there isn’t much difference from wrestling Port or Carter, but we have already seen a Port-Dziewa match last year, and we already know it wasn’t pretty.

Josh Dziewa looks to be in for a rough tournament with Port and Carter in his bracket, and if he reaches the semis it is Port he will most likely face. All-American and #3 seed Richard Durso is a wrestler we saw Dziewa beat at this very tournament last year, so it’s still possible Dziewa wrestles above seed. Grand View’s Brandon Wright will also look to make some noise at the #12 seed.

UPDATE: Sorensen goes up from #8 to #5 so we see some significant change here. Sorensen goes from seeing Tsirtsis in the quarters to maybe facing him in the semifinals with an upset over Durso.

Hawkeye fans are hoping for some kind of answers on the 149 battle between Brody Grothus and Brandon Sorensen. They will be on opposite sides of the bracket with Sorensen pre-seeded to meet NCAA champ Tsirtsis in the finals.

Nick Moore is the lone Iowa wrestler seeded at this weight, he is more than capable of finding his way through this tournament field and winning a Midland title in his final attempt as a collegian.

This could be interesting as #9 seed Burke Paddock only needs a minor upset over #8 seed Nate Jackson to set up an all Iowa quarterfinal between Mike Evans. This weight looks like Evans to lose, although Epperly showed flashes of being a tough out when he beat Matt Brown of Penn State last weekend.

This is a perfect opportunity for Sammy Brooks to show everyone that he is indeed a top wrestler at this weight. With Gabe Dean going down in Las Vegas, Thomas and Dechow are two of the highest ranked wrestlers in this weight class. A win over either of those two should boost his ranking and help him in terms of seeding come March.

UPDATE: Here we see that Patrick Downey has moved into the top seeds at this weight.

Burak has had a pretty quiet season to this point, but he enters as the second Iowan to receive a #1 pre-seed. A healthy Burak will be challenged, but is still the best wrestler in this bracket.

Bobby Telford will have to defeat his nemesis Mike McMullan to capture his Midland title, but that’s only if McMullan can get through Ty Walz who is having a strong season thus far.

One thought on “Midland Preseeds Announced”