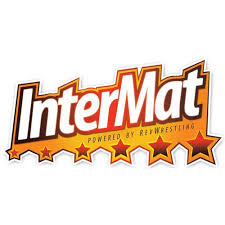 Today, Intermat released it’s updated high school rankings (full list can be found here) and as it turns out Iowa cleans up pretty well – in terms of both high school talent and the college recruiting scene.

The most interesting weight is probably 145, where Iowa bound recruit Mike Kemerer is the new #1 overall recruit at his weight. Kemerer moves up two places thanks to one guy bumping (Vincenzo Joseph up to 152) and an upset (Max Thomsen over Fredy Stroker).

Probably the second most interesting weight would be 160 where Iowa junior verbal Alex Marinelli  is the top of the Iowa connected wrestlers with the #6 ranking and he is followed directly by UNI commit Bryce Steiert of Waverly-Shell Rock. Coming in at #10 is Super 32 runner-up Dayton Racer, who recently defeated Steiert at the Keith Young tournament this past weekend. The Bettendorf senior remains uncommitted.

UNI currently dominates the 170 class as they have three of the top 11 high school seniors. First is #4 Taylor Lujan, and then there is the Iowa high school pair #10 Jacob Holschlag and #11 Isaiah Patton.

Iowa also does very well in the upperweights, with three ranked wrestlers at each of 195 and 220, and another pair at 285. Among the seniors in that group of eight, #5 at 220 Ryan Parmely and #4 at 285 Jacob Marnin each remain uncommitted.

The final interesting note comes at 113 where #3 Justin Mejia and #4 Jason Renteria check in. Both are sophomore Hawkeye commits and are slated to face each other this season.

One thought on “New Intermat Rankings”